Struisbaai is known as the party capital of Cape Agulhas, and no more so than at this festive time of year. Later today, there’s a Langarm Kompetisie up at the new nightclub in the industrial estate, but I fear that even that won’t match up to the excitement of yesterday’s Sasco promotion at the the local ‘OK’ supermarket (named thus to avoid trade descriptions issues with their original choice of ‘Really Good’): 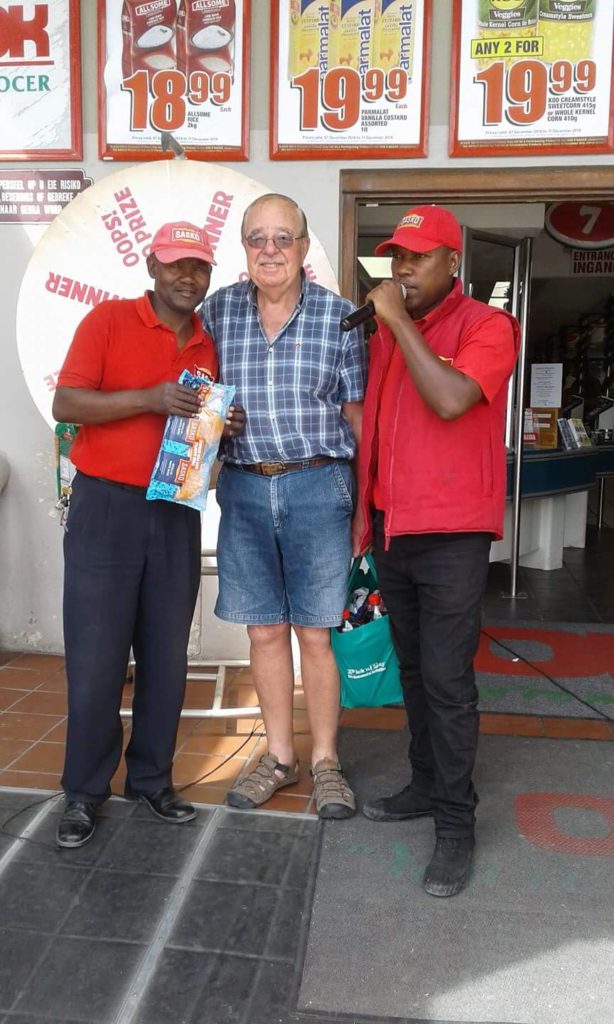 This man bought a loaf of Sasko bread at ‘OK’, and got to spin the mystery wheel of fortune outside the store.

You’ll never believe what he won:

Please note Sasko (bakery company) c.f. Sasco – revolutionary student movement.
It should also be noted that only one of these is offering the chance to win R10 worth of products outside the Struisbaai ‘OK’.

DAMN! STRUISBAAI REALLY ARE OFF THE HOOK THIS HOLIDAYS!