Political leaders of countries are infamously unpopular – taxes, policies, disappointment often seem to get in the way of the love. But when was the last time someone put up a 6-storey high poster (just round the corner from Parliament, nogal) suggesting that your president “should resign from office”? (I’m sure it’s not as unusual as we in SA think.) 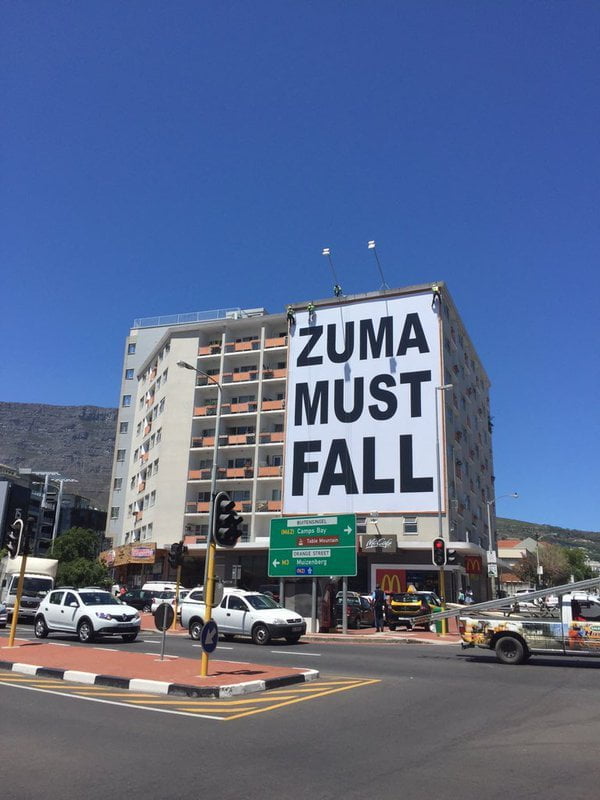 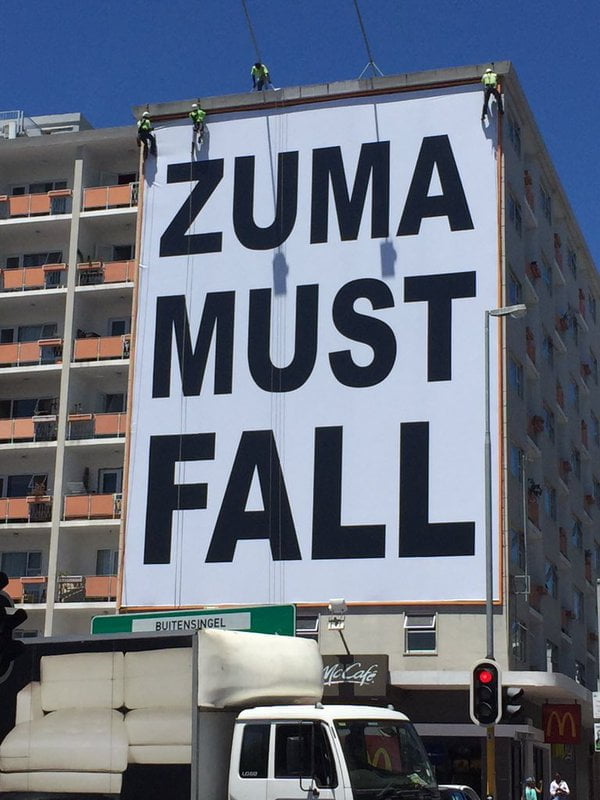 Initial reports suggest that the billboard (which usually is home to adverts for airlines, fast food restaurants and cellphone companies) could cost up to R200,000 a month to hire. Ironically, if the individual(s) involved are paying in dollars, it’s likely that they probably wouldn’t have been able to afford it without Zuma’s intervention, since that amount will have more than halved since JZ came into power in 2009.

There are people on twitter are asking when someone is going to “claim responsibility”, like it’s some sort of terrorist attack. It’s not. It’s just three words. Three words from someone frustrated with the current status quo, who has money to waste. I’m not sure how long it will remain up there, but [see below], I’m not sure why it would need to be taken down anytime soon.

In the meantime, the local Photoshop experts are going to have a field day.

UPDATE: It appears that the billboard HAS broken some local by-law or other:

City: An application for the billboard in question was not received by the City. This matter has therefore been handed over for prosecution.

But, I think job done, as far as the allegedly guilty party is concerned.