But yes, Chesterfield does have a church with a crooked spire.

It’s quite a thing. 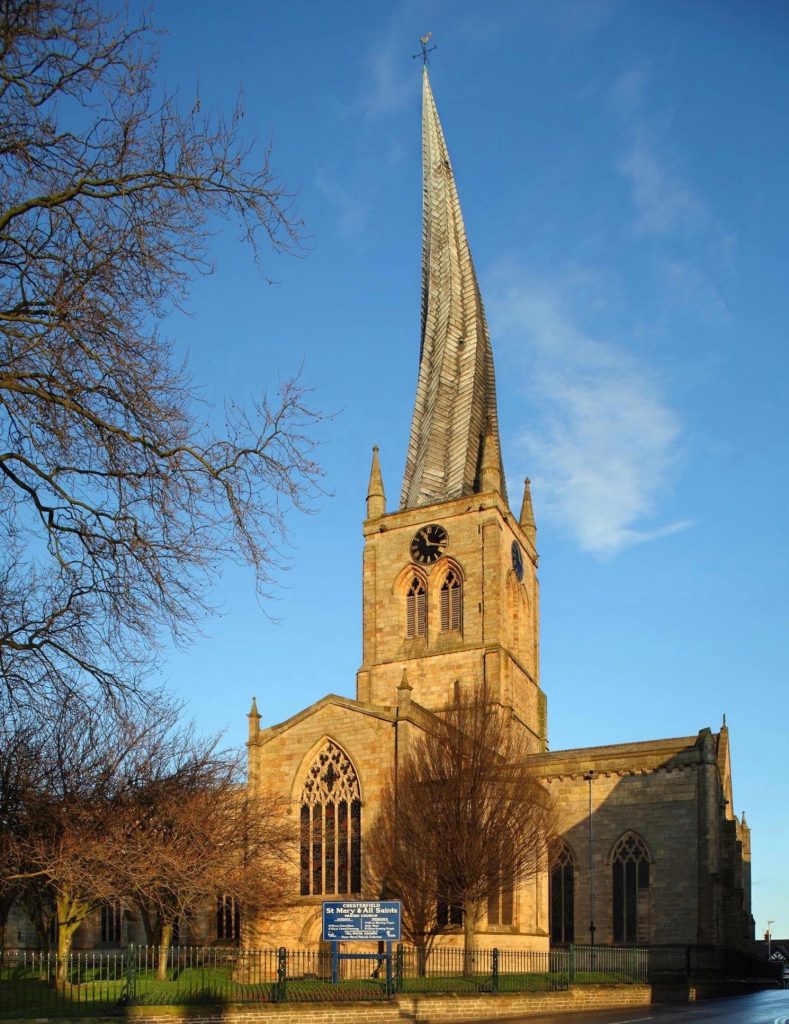 You drive right past it on the A61 when you’re heading to Sheffield because you’ve taken junction 29 off the M1 North in an effort to avoid the Catcliffe Link and the city centre traffic (and that’s really the only reason that you’d be in Chesterfield).

The spire was added in the 14th-century tower in about 1362, and is 228 feet (69 m) high from the ground. It is both twisted and leaning, twisting 45 degrees and leaning 9 ft 6 in (2.9 m) from its true centre. The leaning characteristic was initially suspected to be the result of the absence of skilled craftsmen (the Black Death had been gone only twelve years before the spire’s completion), insufficient cross bracing, and the use of unseasoned timber.

It is now believed that the twisting of the spire was caused by the lead that covers the spire. The lead causes this twisting phenomenon, because when the sun shines during the day the south side of the tower heats up, causing the lead there to expand at a greater rate than that of the north side of the tower, resulting in unequal expansion and contraction. This was compounded by the weight of the lead (approximately 33 tonnes) which the spire’s bracing was not originally designed to bear.

There are around a hundred twisted spires on churches across Europe, but this is the only one that you’d be likely to be passing if you were on your way to Sheffield