Jimmy Somerville is Scottish and he has a new single coming out shortly (spoiler: it’s VERY  Jimmy Somerville). Also, Scotland is voting on independence today. Thus, it comes down to 6000 miles… to combine that fact and those two events and give you one of Jimmy’s old songs.

Given the renewed feuding over Hadrian’s Wall, I think Bronski Beat’s I Feel Love is right out. And so, I’m sticking with the No campaign, giving me a choice of The Communards’ 1986 Don’t Leave Me This Way or my final selection from 1987, Never Can Say Goodbye:

I have no idea which side of the referendum fence Jimmy is on, and quite honestly, I don’t really care. It scares me that so many people base their opinions on individuals who have no more idea of what is going on than Joe McSoap. A good example is Andy Murray, chucking out his sickening, anti-UK rhetoric from his mansion in Surrey, England: especially irritating since he doesn’t live in Scotland and so can’t vote anyway. Lest we forget, he’s a tennis player, not a political analyst.

It’s suddenly all got rather silly: 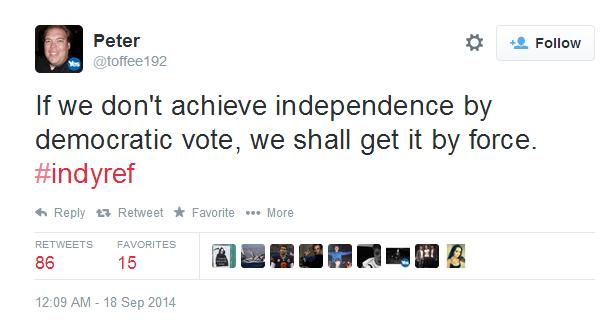 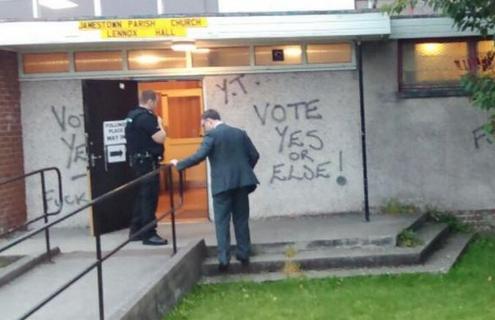 Bridges are being burned (not literally – yet) left, right and centre and it’s very clear that things aren’t ever going to be the same again, no matter what the outcome of the vote today.

If anything ever called for going home, watching the footy and drinking a large brandy, today was probably it.