Oh dear. The DA Student Organisation have launched a new poster campaign – “in OUR future, you wouldn’t look twice” – and SA has gone utterly mental over the first release.
The general reaction has been rather depressing to read, from accusations that it is racist, to complaints that the poster promotes sex, to terrifying over-analysis and allegations of it having overtones of slavery and sexism. I don’t see it that way at all – it seems to me that people sometimes desperately leap onto any passing bandwagon – but here it is so that you can judge for yourselves. 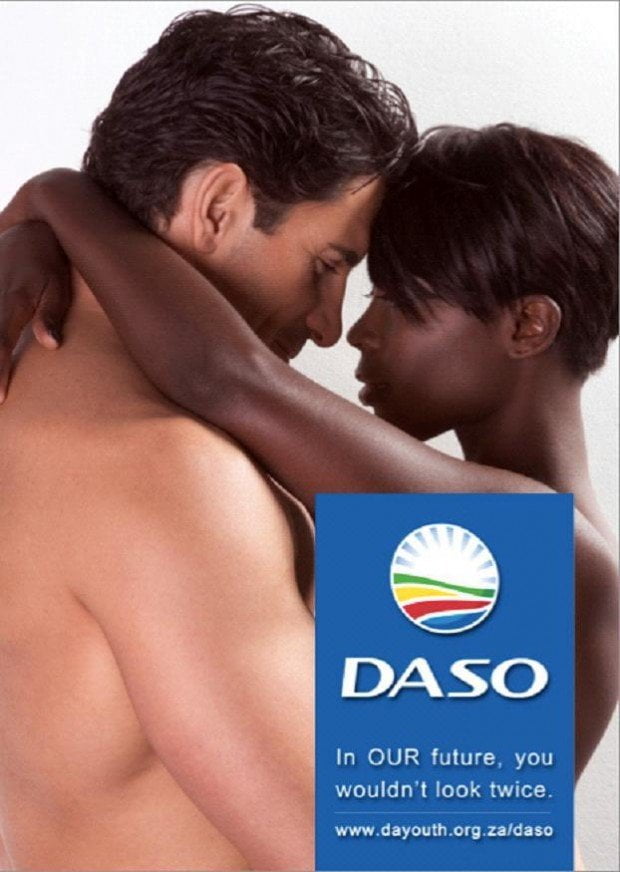 Let’s allow Jacques Rousseau at Synapses.co.za to explain for those who have a mental age below 5, shall we?

It simply highlights the fact that some people would look twice at an inter-racial couple, and reminds viewers of the poster that in the ideal DASO future, this wouldn’t happen.

While it has certainly got (some of) South Africa talking, as I said, the chatter is all rather depressing and I really don’t feel like joining in.
Fortunately, an amusing internet meme (which I am happy to propagate) appears to have risen from this general nonsense and added some amusement to the otherwise miserable proceedings: 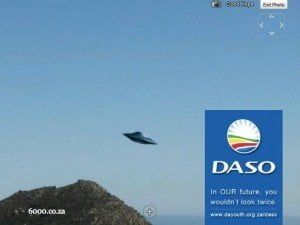 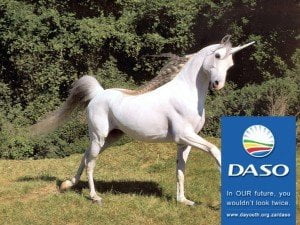 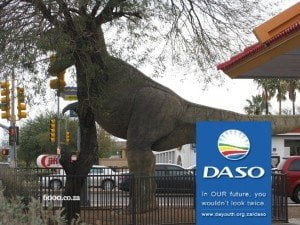 UPDATE: Oh – and Jacques sums it up just perfectly here:

What this sort of thing goes to show is that if you want to find a problem, you’ll do so – regardless of the intellectual contortions necessary.

UPDATE 2: A point proven by this from the CDP’s Theunis Botha:

In a country with high levels of Aids and an overdose of crime, especially the high incidence of farm murders this year, this poster sends the opposite message to the country than needed.