Y’all know I have a thing for lighthouses. Fortunately, living near the coast, there are a ready supply for me to enjoy. 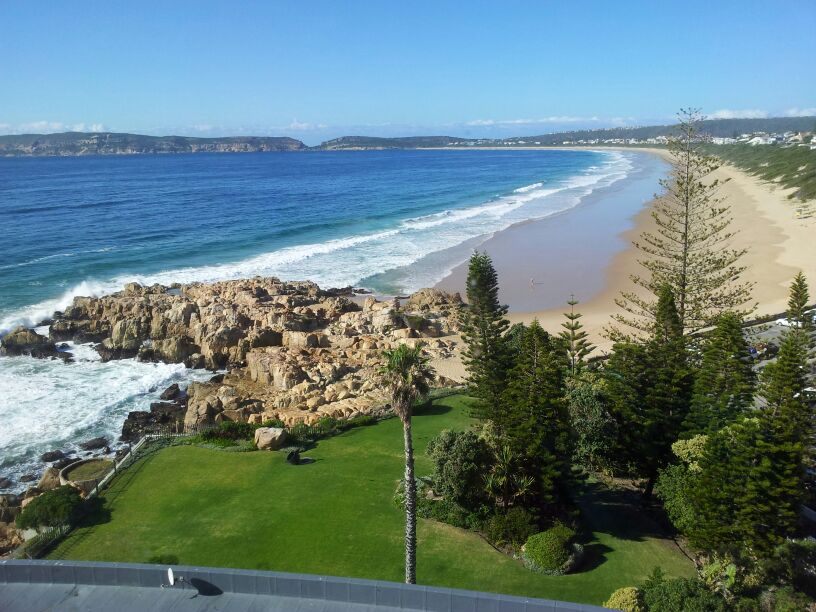 Anyway, the Robberg Light has just been replaced and has regained its position as South Africa’s smallest standalone lighthouse. It’s also the highest light in the country, at 129m above sea level. This is much lower than the old and now defunct Cape Point lighthouse (229m) which was shut down in favour of the “new” lower (87m above sea level) lighthouse, because it was regularly shrouded in fog, and therefore useless. 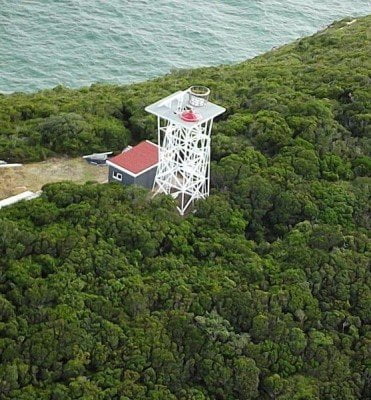 The Robberg Lighthouse is a little less fancy, being solar-powered, unmanned and just 8m tall. Still, as long as the baby of the South Coast does its job of keeping passing marine traffic off the South Coast, all is good.

This was the almost Starship Enterprise-esque view into the atrium of the hotel we stayed in, in Plett.

Being on the 6th (and top) floor, I was obviously delighted to have the kids wanting to peer over the [OMIGOD THAT’S A TERRIBLY LOW] wall every time we went to or from our room.

I obviously told Alex to aim for the soft furnishings in reception should he inadvertently pop over the edge.

Some more microbiology in the news as: Watercress kills woman

That’s the headline on this page from The Times, regarding a 37 year old chef who died of complications after becoming infected by the parasite Fasciola hepatica (although it could have been its cousin, Fasciola gigantica, I suppose).

Doctors believe that “organically grown” watercress was responsible for two Garden Route women contracting an extremely rare parasitic infection.
A 73-year-old from Nature’s Valley, and a 37-year-old chef from Plettenberg Bay, received urgent medical attention after eating the watercress, bought at a farm stall in each of the two areas.

Fasciolosis – or “liver rot”, because… well… you can probably guess – is the disease caused by these nasty parasites and it’s very rare in South Africa, with only three cases previously recorded if you read the PE Herald or five if you read The Times. Either way, at least they can both agree that the last recorded cases were in 1964 and that’s close on 50 years ago.

The danger from watercress (or any other aquatically grown plant), is especially high, since freshwater snails form an important part of the parasites’ life cycle. In addition, the parasite is prevalent in sheep, so sheep grazing in watercress growing areas should be a big no-no if you’re looking to buy some salad. Not that you will be aware of this if you’re buying from a local farm stall, as the Plett victims did (one survived – so far, anyway).

I can’t help but wonder if the heavy rains this winter might have had something to do with these cases – perhaps prompting a jump in the local freshwater snail population or washing down sheep (or goat, or even cow) faeces containing the cysts (“eggs”) of the parasite into areas where the watercress was being grown.
While Fasciolosis can take months to develop, the fact that there have been two reported cases in this outbreak suggests that this is quite a recent, acute thing.

All of which doesn’t rule out further cases. If I had eaten organic watercress bought from farms stalls in that area, I’d probably be popping in to see my GP yesterday already.

EDIT: From the French agency for food, environmental and occupational health and safety (phew!), this PDF gives some interesting and not too technical information about F.hepatica. (Et il est écrit en anglais…)

UPDATE: some confusion over dates in these articles (see comment below) and this from local news source.