What follows is an absolute masterclass in non-commitalism, in the astrologers’ traditional mother tongue of generic forecasting, with a few planets occasionally thrown in for utterly meaningless reference.

No asparagus in sight.

You will in fact be able to see the Moon close to Mars above the Western horizon just after sunset on the day before the election!

tempt us with some actual reality, before spinning us a nonsense tale that something might happen because of it:

Talking out Uranus more like. Honestly, as if we need people looking at planets to suggest this sort of thing. It happens literally every single day, election or not. Charlatans.

Words and terms like “maybe”, “perhaps”, “it seems that”, “it looks like”, “may”, “might”, “could” and “possibly” are rolled out frequently in order to carefully avoid any actual concrete predictions, so they can rest safe knowing that technically, they can’t be “wrong”. But even then, much of what they suggest is still clearly just stating the bleeding obvious.

…it looks like Malema will waste no time in being vocal, assertive and demanding once the results are out.

…Mmusi Maimane could be quite busy after the (initial) results come in.

Who could have guessed? Except quite literally everyone.

Look, here’s the link so you can see just how poor it is. But if you really want to predict what’s going to happen on May 8, just read the news like everyone else (including “top astrologers” Nancy Massing and Richard Fidler). There’s no need to try and validate your quackery by trying to assign ridiculous reasoning to the highly predictable outcome.

It’s all complete bollocks.
But then – as a Virgo – I would say that, wouldn’t I?

Yikes. This is turning into a beer ad blog.

OK, not really, but as some of you will know, I spent some of my student years at the University of Newcastle-upon-Tyne. Coming from Northern England, I was delighted to find that Newcastle was just like a concentrated version of… well… Northern England. The Geordie people are rightfully and fiercely proud of their city and their culture, yet friendly and welcoming to visitors. They also share the Yorkshire no nonsense attitude. And that last point is why, even if I can’t really believe that this ad is genuine, I can certainly believe that it could be: 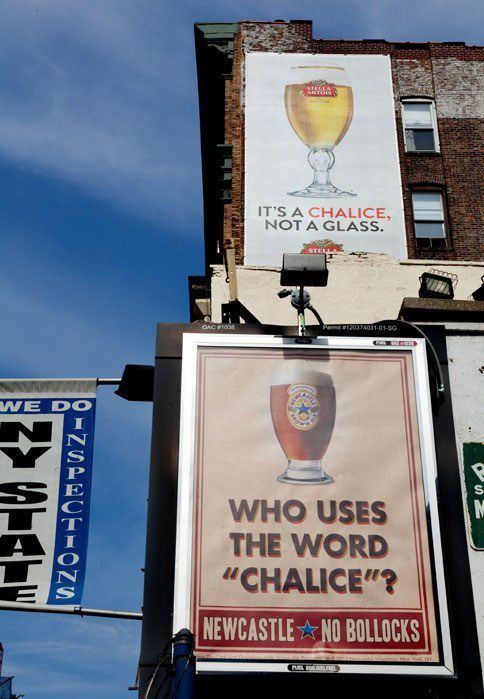 Yes, I think this looks like it’s actually set “Over the Pond”, where they are wholly unaware of the term “Bollocks”, so there’s a chance that this could be real. And now I’m left craving a bottle of Dog. Ah luv a bitta Broon, lake.

Anyone know where I can get some in Cape Town, and relive some memories of younger, wilder days at The Strawberry?

UPDATE: More from Sky. I could have written this. In fact, I almost did.