Ah yes – the Blonde review that I promised and then never did. Well, when there are other things to do like braai’ing and drinking beer, making a biltong drier with your son and watching a somewhat implausible yet rather amusing film featuring Morgan Freeman and Christopher Walken, restaurant reviews understandably take a back seat.

But all that is done – and I did promise to tell you about what was an interesting and generally enjoyable evening with the Molton Brown Curry Club. (Can I say “club”…?)

The first thing you notice about Blonde is the huge glass door that the Tall Accountant almost smashed on the way out a bit later. It’s a bit odd, sitting there in the doorframe of a Victorian terraced house, but it works (aesthetically and functionally). It’s almost a metaphor for the awkward and obvious juxtaposition of Victorian building and Noughties style that’s everywhere within.
You’re met with that chandelier in the entrance area and then you go inside and it’s all white walls, big art, creative types, orange oregan pine floors and smart waitrons.
And that Maitre D’ that turned all our heads. More than once.

We were ushered from the rather cramped bar up the stunningly open staircase to our ever so comfy seats on the top floor in a pleasant, but overly bright room and then we struck our first problem: thanks to a last minute change of mind, our numbers had swelled from 6 to 7. The staff dealt with the issue impeccably, suggesting that we use their “Attic Room”, which is (somewhat confusingly) situated just off the half landing between the floors. This room also acts as their wine cellar and while it was a little “rough and ready”, it suited us perfectly. One huge improvement was the lighting, which was provided by a single CFL bulb at one end of the room and a wine fridge at the other – a stark yet welcome contrast to the supernova brightness in the main restaurant.

Blonde has a remarkable opening deal which is on until the end of August – 50% off everything. Beer, cocktails, wine, food – the whole lot, slashed by half. Schweet.
And it’s a good job too.
Without their generosity, we would have forked out a mighty R5,000 between the 7 of us. And that, I’m afraid, is utterly ridiculous.

Because for a restaurant in Cape Town to require you to part with that much cash, they need to be exceptional in every single department. And while it was a pretty good effort (and a damn good evening), Blonde fell a little short.

The menu is unnecessarily complicated. They should take their own hint here – how much nonsense must be included in each description to warrant the basic dish to be in bold so you can actually see what you are eating? Also, I don’t want to have to rely on my GCSE French to work out what I’m going to order (and to help out my fellow diners) and why does everything seem to come with a reduction of something? Mint reduction, beef reduction, poultry reduction, balsamic reduction, aged balsamic reduction – the list goes on and on.
And the fact that there were pictures of pretty ladies on each page didn’t distract us enough from the lowlighted and annoyingly american-spelled exorbitant prices.

The waitrons at MBCC evenings traditionally never have a particularly easy ride, so it would perhaps be unfair to detrimentally judge Neil’s performance, although it would have been nice to see a bit more of him during the evening. Again, it didn’t really trouble us that we were left to our own devices surrounded by a couple of thousand bottles of wine, but had it have been a different set of friends, it would probably have been a little disappointing service-wise and probably undeserving of the “discretionary 13% service charge” which is automatically added to every bill (but which you must “feel free to ask us to remove if you are not comfortable with this addition”).
I’m not quite sure where, when or why that extra 3% suddenly crept into Cape Town dining. Nor the automatic addition of the discretionary tip. But I don’t like it.

But I digress and in the meanwhile, the table was treated to melba toast with salmon pate and carpaccio of beef. Oh dear. My first experience of fine dining at Blonde was a frozen block of allegedly fresh carpaccio. And I mean frozen rock solid – ice crystals and all. We pointed this out to an (eventually) passing waitress who apologised profusely and removed it before belatedly replacing it with two more spoonfuls of the pate, which was salmon pate.

Not a good start then, but the first of the wine was beginning to kick in and so we happily continued.
Given such a huge and complex choice, I (and many of the others in the party) went with Neil’s recommendation of Blonde’s “signature dishes”.

The starters received mixed reviews: my calamari ceviche was ordinary and the Offshore Tax Director was hugely unimpressed with the roasted vegetable salad which he had inexplicably ordered. But on the bright side, there were very positive noises made about the spice-fried baby calamari.
Virtually everyone went for the much vaunted truffle-infused fillet for mains. The meat was good (if a little small in size) and cooked to perfection and again, maybe it would be overly critical of me to have a go at the perhaps too salty jus or the mildly dry risotto balls that accompanied it. But remember that come the 1st of September, they’re going be asking for “one hundred eighty nine” Rands for that dish.
If you want to charge that sort of money, it’s going to have to be better than that.
As a consolation, the Tall Accountant very much enjoyed his smoked springbok loin, although he couldn’t enthuse too freely, since any reference to the national rugby team was banned from the evening’s conversation.

The desserts were also “ok”. Chocolate fondante was “nice”, the Peach Cobbler was “alright”.
“Fine, but not spectacular” was the theme of the evening – the service, the food, the ambiance – it was  just “ok”. And a little expensive for what we got at R350 a head (albeit with drinks and that discretionary 13% service charge included).

But then you remember that everything was half price. And that’s where it all goes horribly wrong.
Because we were already feeling a little bit ripped-off.
Look, we’re a gang of Southern Suburbs living married men – and admittedly probably not Blonde’s target market. But we’ve all been around long enough to know a decent restaurant experience when we get it. This wasn’t it.

But then again, for the target market, does it actually have to be a decent restaurant experience for Blonde to survive post their half price opening offer? How much are that target market of well-paid, City Bowl dwelling DINKY’s looking for great food and service and how much are they looking for the trendy place to see and be seen?
As I understand it – Blonde is that trendy place right now. But in being it, it’s alienated a lot of potential customers who could have supported it beyond the initial hype and hullabaloo. 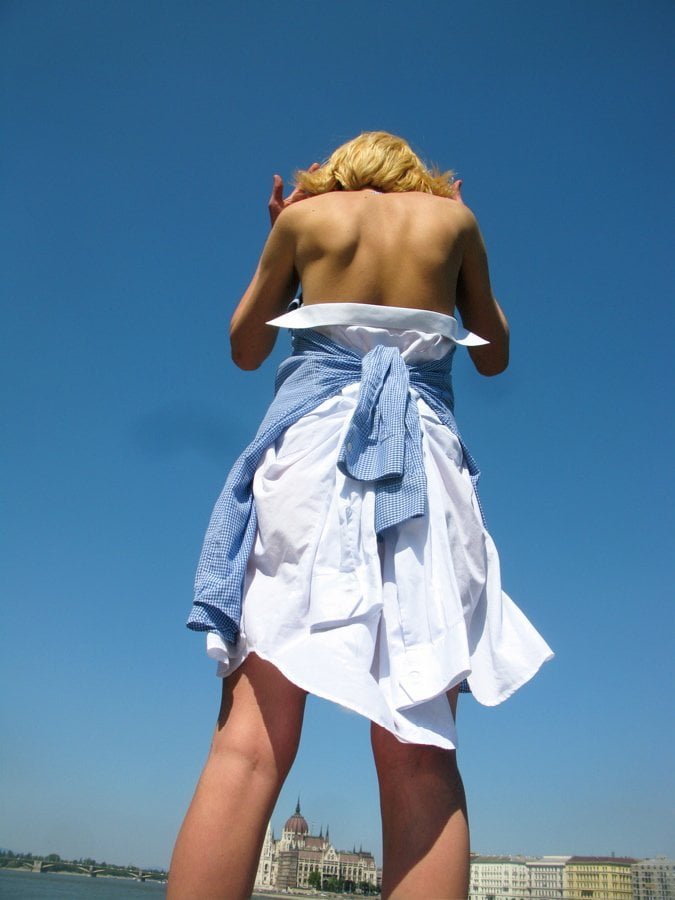