It sounds like a made up name, doesn’t it?
Something you might find in an off-the-wall comedy skit show.

I discovered Libertador O’Higgins in Chile thanks to there being an earthquake near there last night:

It turns out that Libertador O’Higgins is a region of Chile, just south of Santiago and named for… well… Libertador Bernardo O’Higgins.

And who was he?
Well:

Bernardo O’Higgins Riquelme (1778–1842) was a Chilean independence leader who freed Chile from Spanish rule in the Chilean War of Independence. He was a wealthy landowner of Spanish and Irish ancestry. Although he was the second Supreme Director of Chile (1817–1823), he is considered one of Chile’s founding fathers, as he was the first holder of this title to head a fully independent Chilean state.

He was Captain General of the Chilean Army, Brigadier of the United Provinces of the Río de la Plata, General Officer of Gran Colombia and Grand Marshal of Peru.

I think that we could have guessed the Irish ancestry bit.

… the illegitimate son of Ambrosio O’Higgins, 1st Marquis of Osorno, a Spanish officer born in County Sligo, Ireland, who became governor of Chile and later viceroy of Peru. His mother was Isabel Riquelme, a prominent local; the daughter of Don Simón Riquelme y Goycolea, a member of the Chillán Cabildo, or town council.

You can read more about his role in the Chilean Independence movement and his time as Supreme Director of Chile – and his part in Peruvian Independence – on that link above.

But this was the bit that got me: he has a really, really impressive array of stuff commemorating him, including (but not limited to):

– an administrative region in Chile (which had an earthquake near it last night)
– a major road in Santiago and a National Park
– a Blue Plaque and a bust in Richmond in London
– plaques, busts and statues in Sydney, Guatemala City, Costa Rica, Buenos Aires, Bogota and Cadiz
– Chile’s highest award for a foreign citizen
– an unorchestrated opera
– 3 ships, a submarine and an Antarctic research base
– a set of stamps in Chile and one in Ireland
– an actual football team 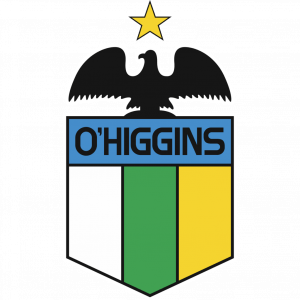