What with one thing and another (but mainly one thing), I’ve spent less time on social media over the past few months.

That’s no bad thing: social media was becoming an increasingly unpleasant place to spend time (and continues to do so), and so I don’t feel that I’m missing out on anything particularly worthwhile. What has also changed, however, is that I haven’t been tidying up my social media accounts as often as usual.

Some digital housekeeping is called for. 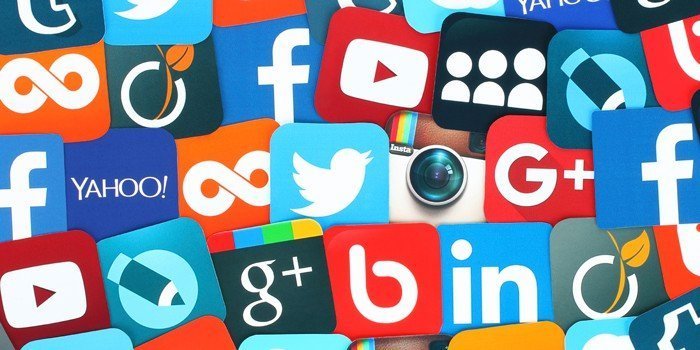 There’s an awful lot out there, but I’m happy to limit myself to just a few different apps, and each of those requires me to take a different approach with regard to keeping things in order.

It does seem that I’m rubbish at following people on The ‘Gram. I like many of the photos that I see from people I have already followed, but I never seem to get round to following new people. This must change, and following new followers is probably one of the best ways to start to do it. I’ll be playing catch up over the next week or so in this regard, and if your name is in there, I’ll be seeing you(r photos) real soon.

For me, the most useful and entertaining of all of the social media platforms. And also one of the most toxic. Again, I do follow new people on here, but I have rules. I need some connection, some relevance. Perhaps they live in SA, like Sheffield, enjoy playing with their drone (careful now), or suffer the slings and arrows of outrageous fortune in also owning a beagle. I can like to sympathise.
Good, interesting, decent, sane people are quite hard to find on Twitter, but I think I’ve done ok in my choices so far. I don’t find it difficult to drop people if they get on my tits, though. My rule is “Three Strikes And You’re Out – Or Just One If I’m Feeling Particularly Irritable”. Actually, I just made that up, but I might give it a go.

Things I use Facebook for:
1. Sharing new blog posts.
2. Marvelling at the number of people who will have their Brand New Excess Stock Audi Q7 in “white, please”.
3. Looking at pics of snakes and birds, photos of Sheffield and drone videos.

My Facebook won’t need much updating because I haven’t done anything with it in years anyway. It just sits there and I wander in occasionally and then usually wish I hadn’t.
Still, every new blog post on here is shared on there, so hit me up and don’t miss out.

Is Flickr “social media”? I think that they’d quite like it to be. I use it to share my photographs and look at other people’s photographs. I don’t communicate with anyone on there. There are other, better apps for that sort of thing (see above). Still, if you show me yours, I’ll show you mine. Stop sniggering at the back!
(Note to self: a blog about the new changes to Flickr is required.)

Is Youtube “social media”? I think that they’d quite like it to be. I use it to look at other people’s videos. I mean, I do have some videos uploaded on there, but I don’t actually expect people to look at them. I do follow some trashy accounts on Youtube though, and so a spring clean is required.

That’s it for me. No Snapchat or Linkedin. No Tumblr or Tinder. No Periscope, Plurk or Twitch.
And certainly no MySpace or FriendsReunited. Those were the days…

So as I said, I’m going to make an effort to tidy things up a bit. In the meantime, please feel free to follow me on any of the links above and I’ll endeavour to be equally and reciprocally social. 🙂