And, following on from yesterday’s entirely justified rant: this.

Of course she has. [Link]

Jemima Packington, 63, is the world’s only Asparamancer and claims she can peer into the future by tossing the veg in the air and interpreting how the spears land.

Now, I could start yesterday’s rant all over again, but I’m not going to. This woman is clearly mad, and anyone that is actually taken in by her asparamancy is clearly even madder. The worst part about this situation is that some people will believe that what she says is true, just like some people will have believed the claptrap on the oldiewonk radio yesterday afternoon. 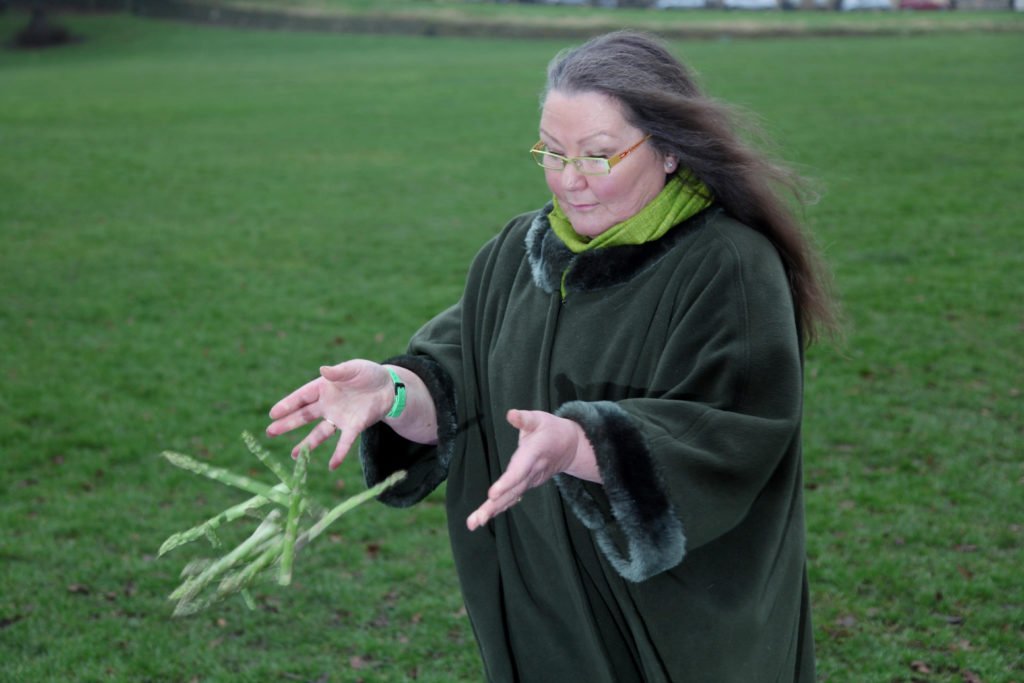 But why on earth would you believe anything she says? Well, because she has a proven track record in being correct. You can see her 2018 predictions on the link above. 10/13 is 77% – impressive stuff; although I do have a few points as to the predictions and whomever did the marking.

Earthquakes and volcanic eruptions will occur around the globe.

Will they really, Jemima? Presumably in a similar manner to each of the previous several million years, then. So yes, you’re right, but when I tossed my cucumber (careful now), I predicted that some of time in 2018, it would “be rather breezy”.

I was also correct.

Politics will be rocked by a string of scandals.

scored you a mark as well. But again, this sort of prediction is akin to one of those mediums that goes on stage at your local theatre and confidently states that someone in the audience has a name that begins… with a letter.

The Bitcoin bubble will burst.

Our survey said: yes. As did Forbes, The Guardian, a lot of Wall Street Bankers, Fortune magazine, the Washington Post, and anyone with a brain.

And then this one:

Resurgence of the book as opposed to cyber libraries and video gaming.

Which was marked as correct because, apparently:

Which sounds great until you hear that video games sales rose by more than twice that amount:

I always look forward and never really look back.

Which is convenient.
But hey, let’s look forward too, with Jemima’s predictions for this year – and gosh – she’s really gone out on a limb with some cracking efforts, like:

Exciting new technology will be launched.

Wow. Are you sure? OK, I guess the asparagus has spoken, but I simply can’t believe that any new technology will be launched in 2019, let alone “exciting” and “new” technology. I mean, come on now. Hooda thunk it? Madness.

Extremes of temperature become the norm.

There’s clearly no scientific basis for this, so I very much doubt it will happen. This would clearly buck the trend we’ve seen each and every year for the past few decades and I simply refuse to believe that it could occur.

US romantic musical ‘A Star is Born’ will win an Oscar.

I can’t see that happening.

Asparagus will see an all-time high in sales.

At your local greengrocer?
Very meta, but yeah – I think we can all agree on this one.

I would definitely forget to follow up on this post in 12 months time, if not for the cryptic “Asparamancy” reminder I just put on my Google calendar, which will mean nothing to me when it pops up.