Spotted this while whizzing through the Yorkshire bit of t’internet and felt it deserved sharing.

The photo is by Dean Hinchliffe and was taken in Wakefield on Saturday. The man partially hiding behind his WBC-style sign is Bryan Barkley, who is standing as an independent candidate in the Normanton Town Council by-election and the women staging the brilliant impromptu anti-protest are Antonia Lines and Beccy Smith. 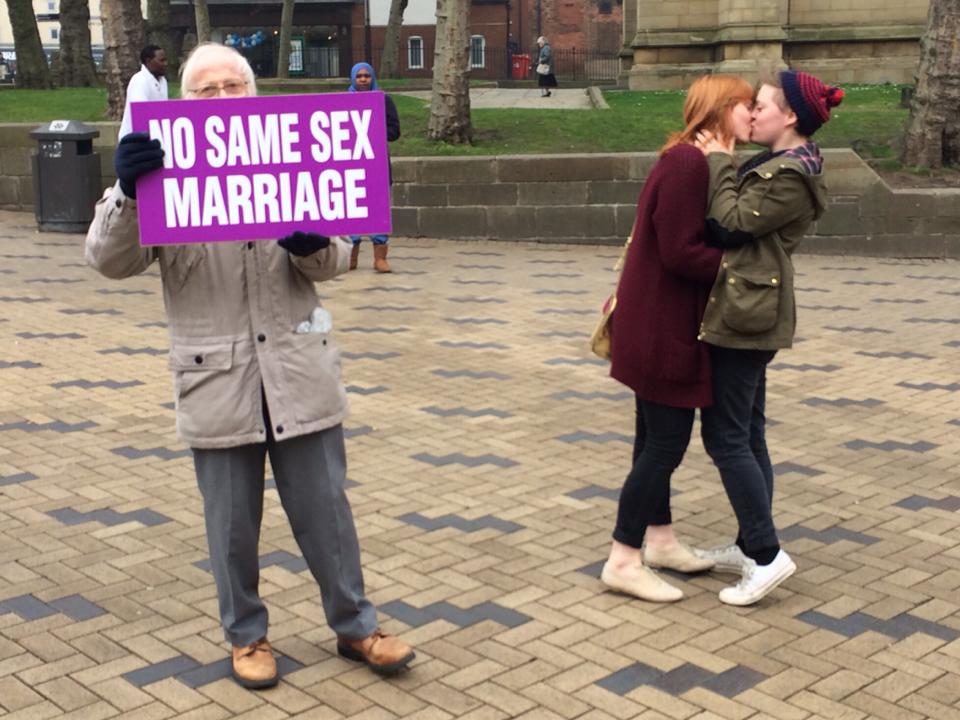 It appears as though Dean was about to take the photo anyway:

Just seen this man in Wakefield City centre and wanted to take a photo to highlight the blind bigotry that still exists but he covered his face. Then, as I was taking the photo these girls appeared.

As Beccy remarks on her Facebook page: “Had to be done.”

Mr Barkley’s protest and the subsequent anti-protest came on Saturday as the law was changed to allow same-sex marriages. As I write, the UK has not been struck down by fire or brimstone, although there has been some slight drizzle, which is obviously to be expected, as it’s a well known fact that teh gays are responsible for the rain, innit?