We shared Flightradar24.com with you back in 2010.

We shared MarineTraffic.com with you back in 2011.

We’ve fallen down a bit on finding you online transport tracking options in the intervening 6 years, but now we’re back with a bang – and with Raildar.co.uk.

Singularly useless in South Africa, but absolutely invaluable in the UK, you can track every train in Britain LIVE, as if it were a plane or a boat on one of those websites we mentioned above. 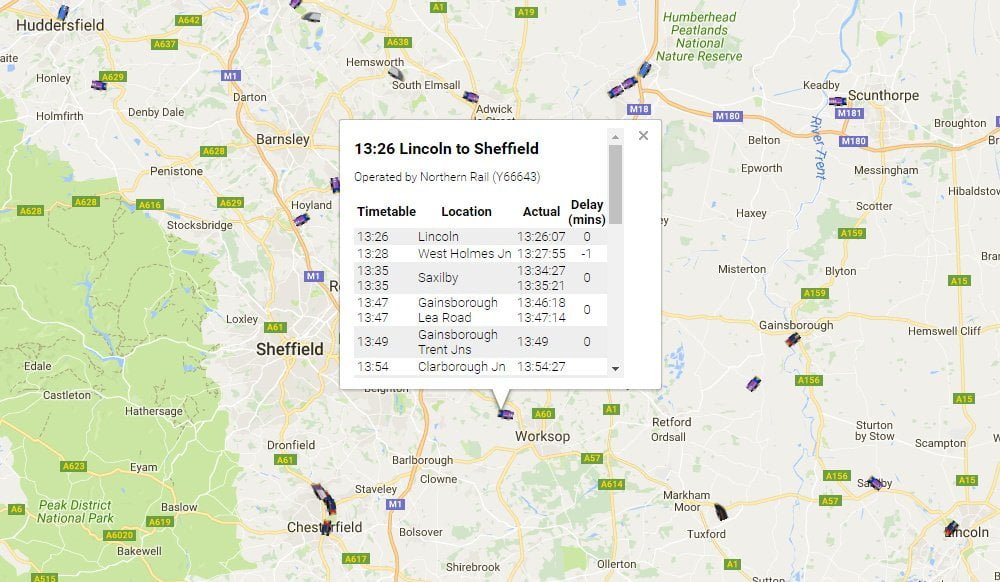 There (as an example) is the 13:26 from Lincoln to Sheffield – bang on time as it passes the industrial hellhole that is Worksop.