This image of Industrial Matjiesfontein: 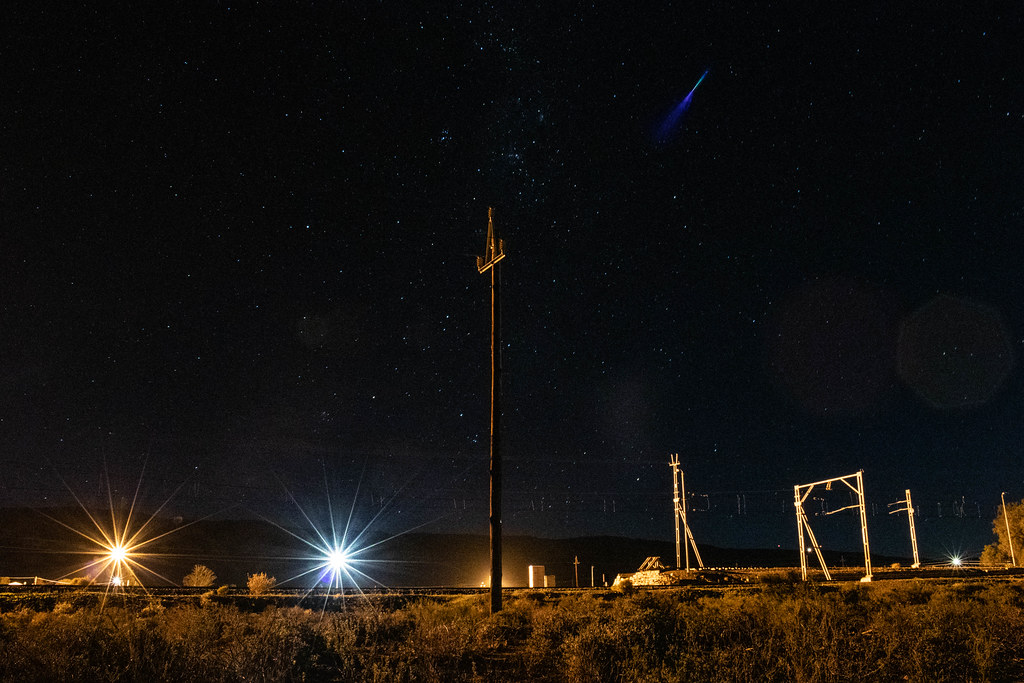 (Or actually because I’m going to the pub with my wife to discuss making a phone farm.)

I’ve never had a formal Afrikaans lesson, but I’ve lived here long enough to (as with my German and French) learn just about enough to not quite get by.

We’re heading into Mikey’s Fontane today. That’s what the locals call Matjiesfontein, when they’re not calling it home.

With a name like that, you wouldn’t expect that the town was founded by a Scotsman, but it was. He wasn’t even called Mikey – he was James Douglas Logan. In fact, Matjiesfontein means the fountain (or spring) of the little reeds: the sedges used by the original inhabitants to make mat flooring for their huts.

Steeped in colonial history, it’s allegedly like stepping back in time, back to the days when it was a popular Victorian spa town, and sprang up mainly as a stop off on the main railway line across the Cape.

The town also has connections to the Jameson Raid and the Anglo-Boer War.
Plenty to fill our eager minds, then.