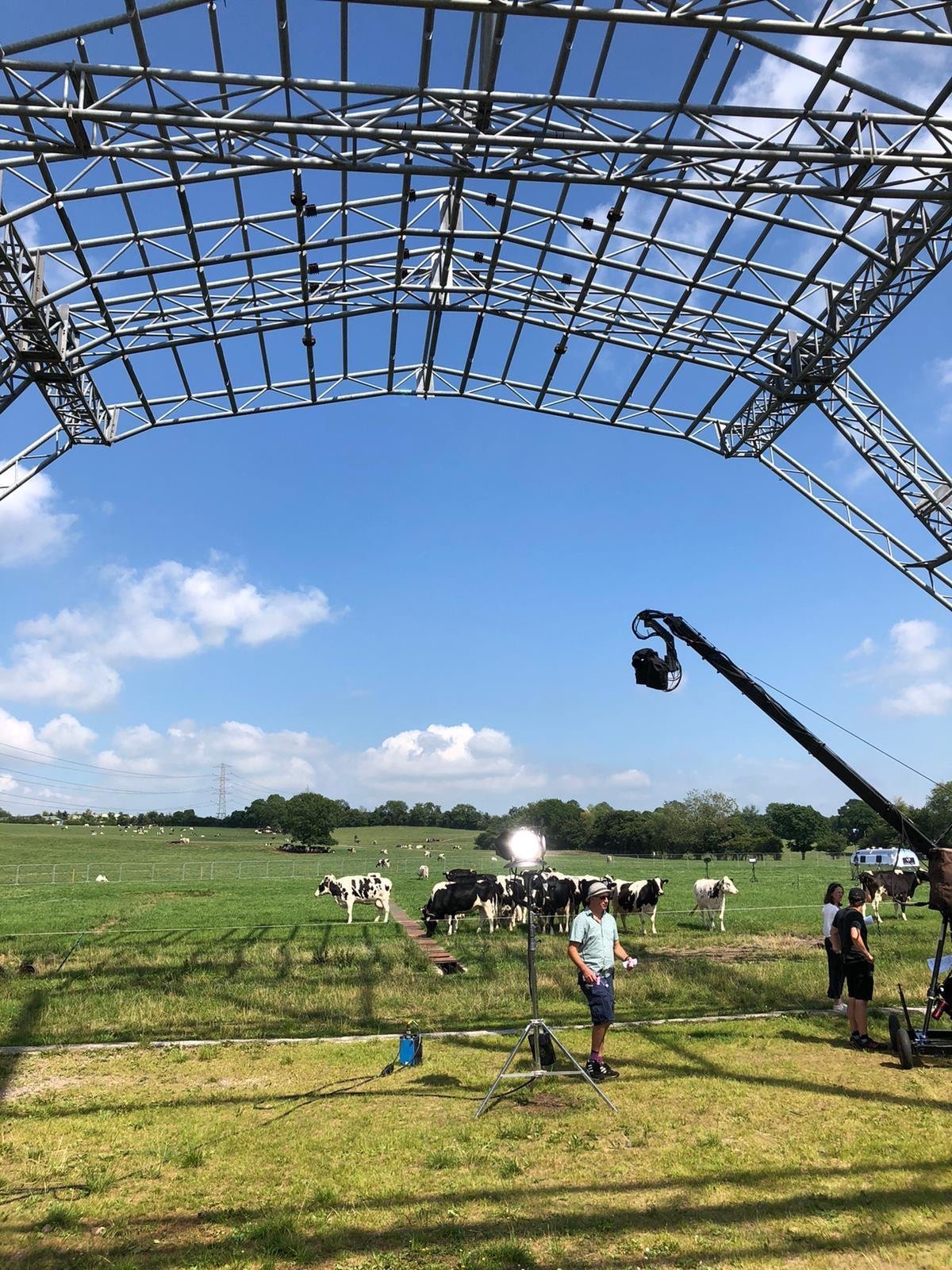 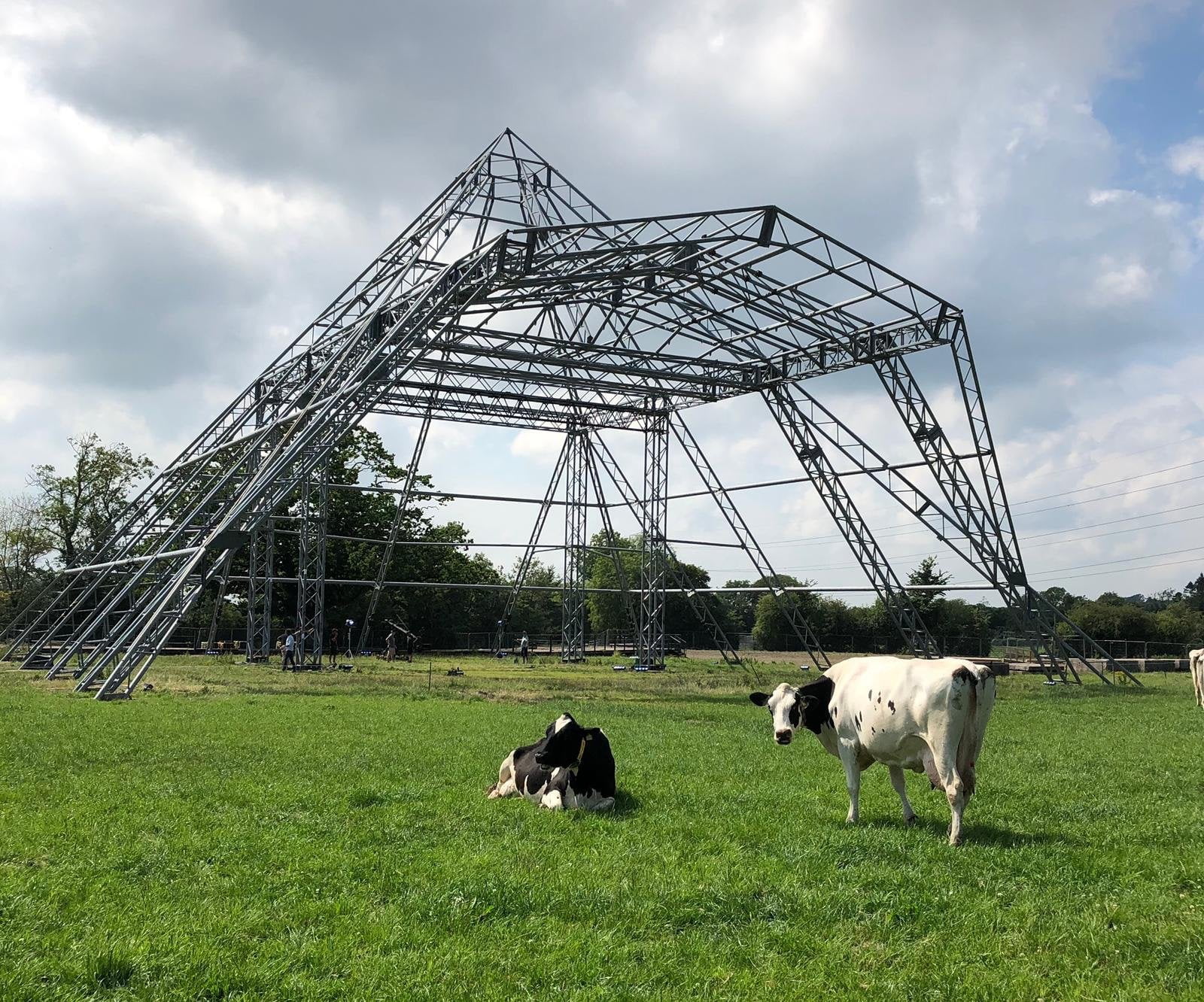 I’m not into celebrity worship. I get enough of that at home, in the streets of Cape Town, in the gym and… well… everywhere. I recognise that it can be wearing for the celebrity involved.

But this is Mark Radcliffe and he’s been part of my musical education, upbringing and enlightenment since I can remember.

On Wednesday evening, he announced that he would be taking some time off work as he had been diagnosed with cancer. And he did it in typically understated style: 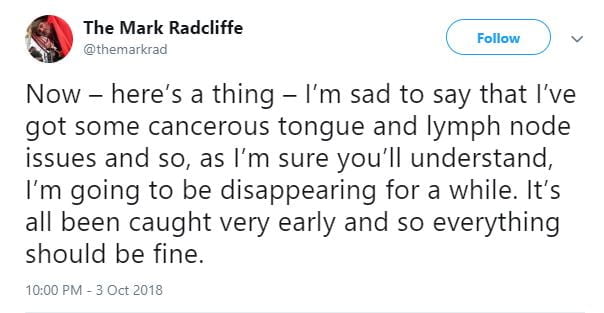 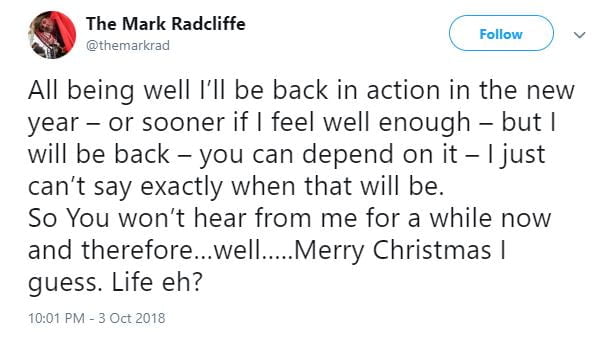 His tweets followed an advert on his timeline for his local pub’s annual conker championship, because that’s the sort of bloke he is. And in case you were wondering how others feel about him, there were tweets from every decent band going, artists, fellow DJs, football teams and apparently most of the general public wishing him well.

I’m really hoping that everything works out well and that we’re not deprived of his frivolity and humour for too long.