What follows is a breakdown of several (or more) historical attempts (e.g. bombs, walls, pumped seawater) people and organisations have made to try to prevent lava from destroying infrastructure – be that housing, roads or whatever – and a description of some of the properties of lava (e.g. density, heat) which have prevented these attempts from succeeding. 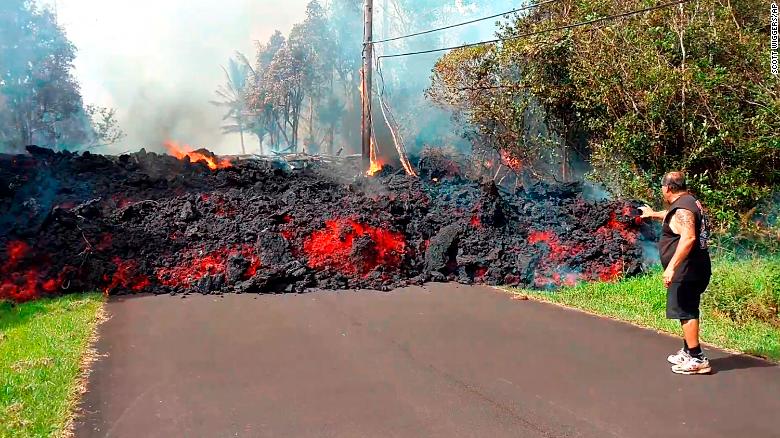 Incidentally, tubby Jedi Masters wearing wife-beaters and trying to use The Force was not on the list.

Essentially though, it all comes down to one reason, and so I’ve written to CNN asking them to amend their headline to save people from having to read the article and make (what I feel) is a fairly obvious deduction for themselves:

Did I really have to add the emphasis? I don’t know.
I mean, seriously, it’s not exactly rocket surgery, is it?

Choose your battles, folks. Stopping lava should really not be one of them.