News in from Gaz Coombes, former frontman of Oxford trio Supergrass, and now artist in his own right. You may remember him from such posts as Supergrassed.

The video that featured in that post was Walk The Walk – something that Gaz certainly won’t be doing for the foreseeable future. 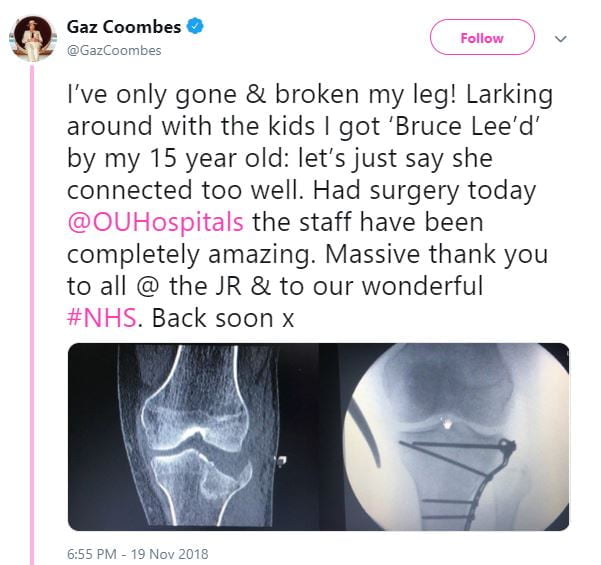 Nice to see that the staff at my old stomping* ground, Oxford’s John Radcliffe Hospital, were able to sort him out.

Dates in Utrecht, Lille, Spain and Italy have been cancelled. UK dates are rescheduled to May.

Fortunately, since there were no concerts scheduled for South Africa, life here goes on as normal.

* something else he can’t do right now

** “the biggest misnomer since Pussy Galore”