I’ve been regularly hanging around my Flickr account for a little while recently, for reasons which will become clear real soon now. The downside of this is the massive lack of any sort of productivity, but there’s a upside as well: old photos. 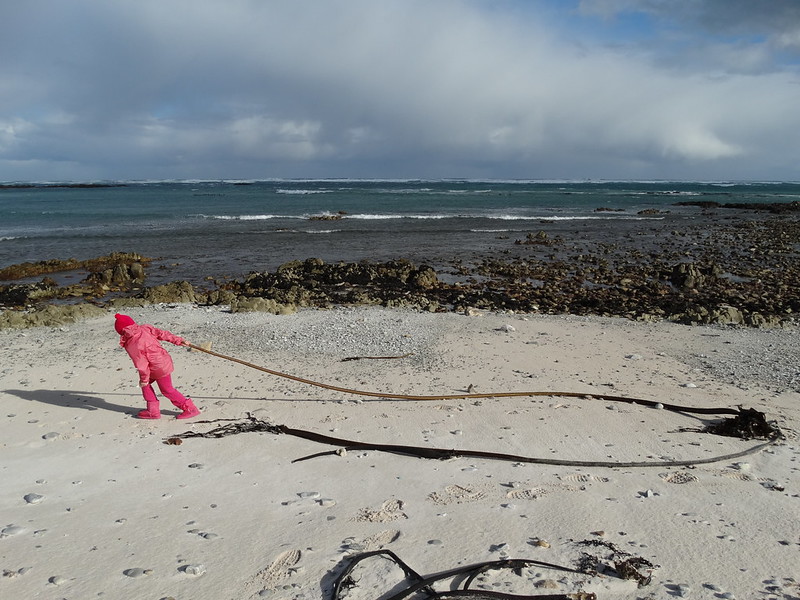 That would be my daughter (in the pink), pulling a huge length of washed up kelp (brown, becoming black, straggly holdfast stage-right) across Suiderstrand beach. And thanks to the magic of EXIF (Exchangeable image file format), I can tell you to the nearest second when this photo was taken:

This would then be a week or so before Little Miss Pink’s 6th birthday, and I think we can all agree that that’s a lot of seaweed to be pulling around when you’re just five years old.

I can also see that this image was taken on the old PoS (point and shoot, people, be nice) Sony DSC-HX300 camera with its amazing 50x digital zoom (not used on this occasion) which according to this blog last from about September 2013 until September 2015. Lovely device, but I grew out of it rather quickly.

And it was still in use by my boy until I upgraded again earlier this year to my 80D and passed the 700D down the family line. Now it becomes one of those pieces of technology that isn’t worth selling, but that will be worth holding onto only for the sentimental value in a few decades time. Although looking at the recent hipster resurgence in SLR and film, maybe there’s actually more reason to pop it safely back into its box and into the attic.