Via the Mail and Guardian:

The route for the Cape Town march against labour broking and urban toll roads on 7 March 2012. Cosatu expects up to 30,000 people. Traffic disruption will start during late morning rush-hour, but the crowd should be dispersed by mid-afternoon. 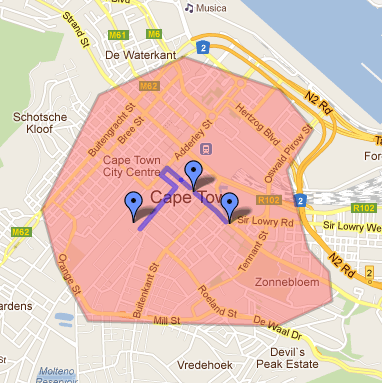