I had another quick run around the blocks today, and it got entered into the running for the Running World Cup, which I think I mentioned here.

I haven’t had a lot to do with it really, but SA is top of the pile in this early qualifying round: 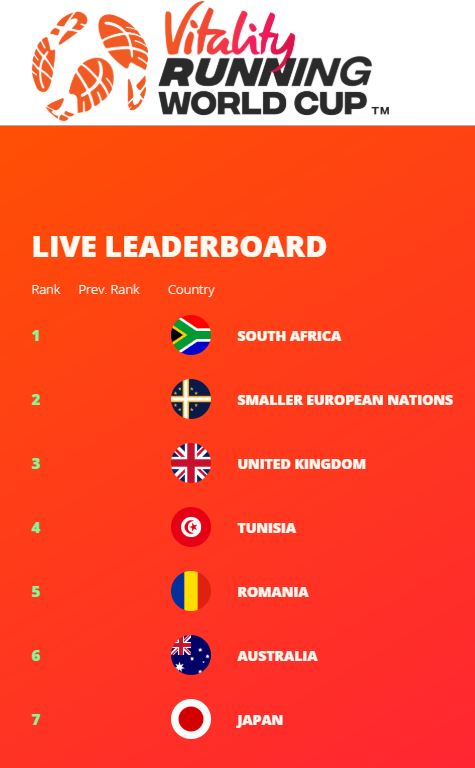 Some surprising entries there, with Tunisia and Romania looking like they’re going to finish high up on the leaderboard. Who knew.? Who even cared?

Incidentally, it looks like the top 16 countries qualify for the next stage (not sure what that involves yet, probably more running) and with 2 days to go, Ireland have been knocked out of contention for the moment by Bangladesh, of all places.

I have a couple of days to add another run to my tally, but I have no intentions of doing so.

I’ll keep you up to date with whatever happens next. (It might not be anything.)