Before we begin, let me say that I’m a big fan of Peter McKinnon. He’s just over to the right in the blogroll. I like his photography, I like his vlogs, I like his attitude, I like his down to earth personality.

His latest pack of presets for Adobe Lightroom is priced a little steeply, I feel. 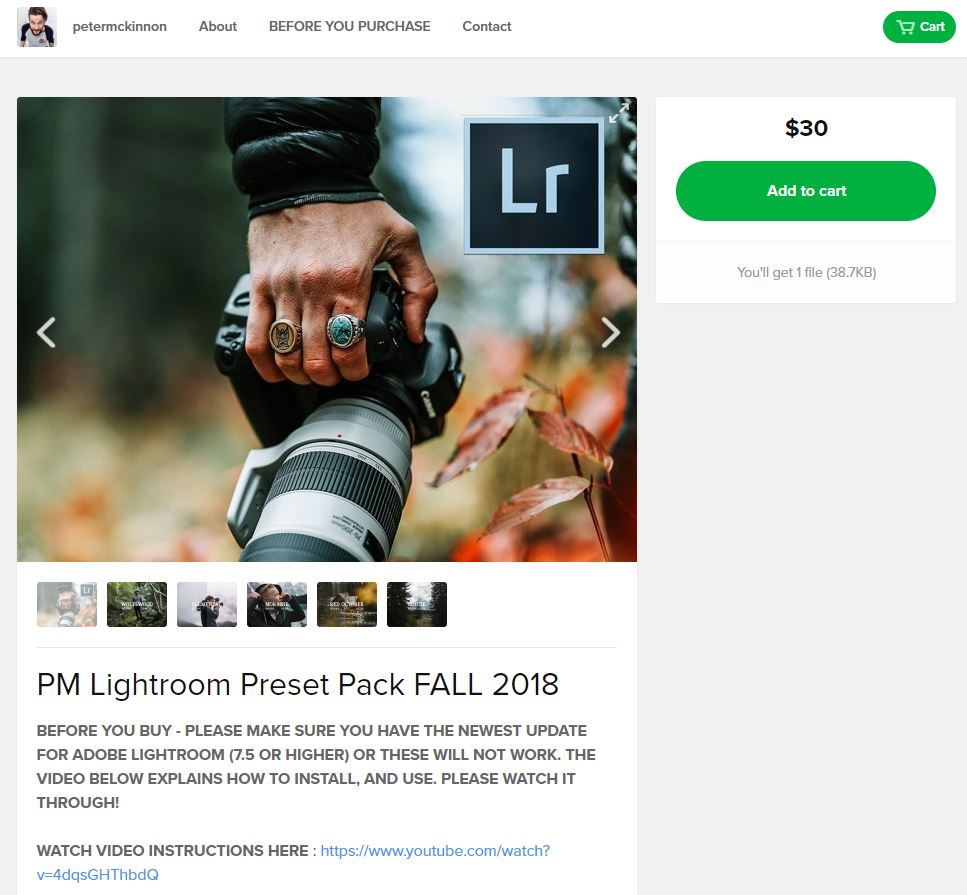 With all those lovely qualities I mentioned above, it’s no surprise that PMcK has quickly reached 2.5million subscribers on YouTube (and 1.2 million on Instagram). But is that really enough to be charging thirty bucks for a 38.7kB file? And that FALL 2018 tag opens it up nicely for four packs a year.

Don’t get me wrong. I appreciate his undoubted talent. I understand that he’s probably put a lot of work into fine-tuning them to make them exactly as he wants them to look. But is there really any justification for that exorbitant price? I just feel that some settings for your photo editing software are massively personal and unlikely to be for everyone.

Full disclosure: I bought his last lot of presets, but only because they were on offer – down from $10 to $5. I likely wouldn’t have considered $10, let alone $30. I’ve probably only used a couple of them.

So, this feels a bit like like someone cashing in on his fame. And while I appreciate that there’s nothing wrong with that, it’s just a bit sad the first time someone you thought wouldn’t be into that sort of thing, does that sort of thing.

It just seems like commercialism hit hard and he’s testing the waters to see what he can get away with. Maybe I’m way out of touch, but it feels like he might have pushed too far.