I did tell you that there might be more today.

I was wandering around the garden with my daughter last night after a particularly energetic dodgeball practice session with both kids. Her shouts of excitement at seeing a “hover bee” alerted me to grab the camera and try to grab a few shots.

This task was made slightly more difficult by the fact that the camera was set up for vlogging and had a microphone and tripod attached, the Boy Wonder attempting to (re?)start his Youtube career.

This isn’t my SD card. Its volume is too small.

Still, I got something reasonable, considering how small and mobile the subject was: 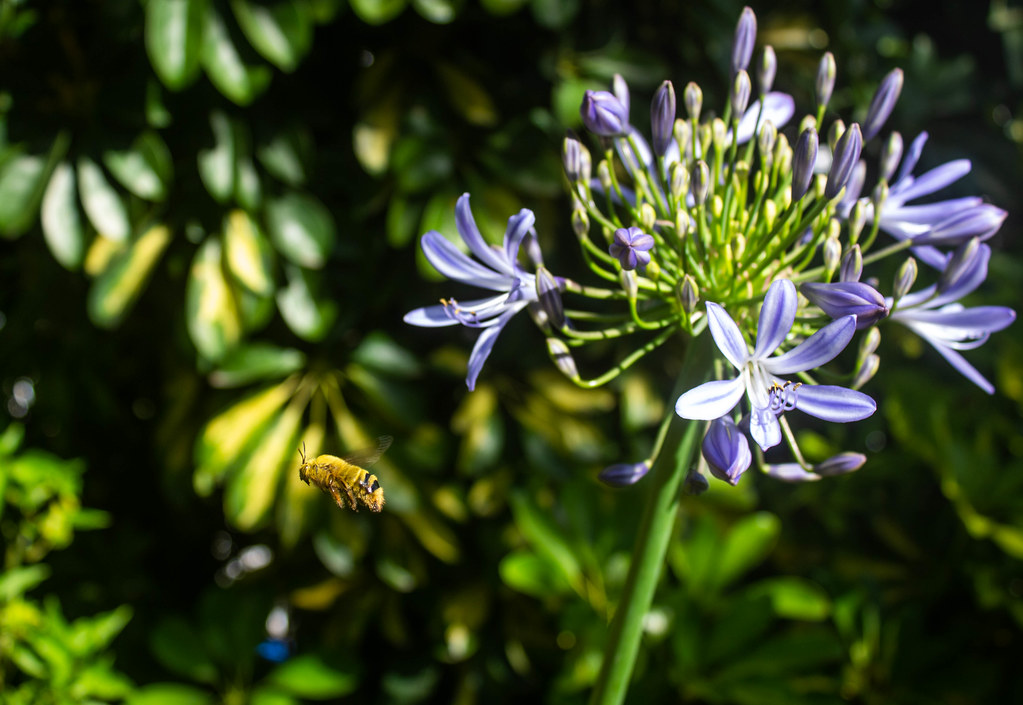 …and then then came the dreadful moment when I was asked what sort of bee it was.

I don’t know about bees.

Thankfully, distraction – in the form of the beagle trying to dig up the herb garden – allowed me to temporarily evade the question, but the query will return and unless I do something about it, I’ll be stumped again.

Fortunately, the internet does know about bees.

And having chatted to the internet, it seems that this is a male carpenter bee (Xylocopa caffra). Apparently, “worldwide, there are about 500 species of carpenter bees representing 31 subgenera”. But I’m not sure how this “diverse, widely distributed group of solitary bees” has survived, given that this one flew around wasting copious amounts of energy, but notably, comprehensively failed to actually land on the flower in shot and eat anything.