I remember your silhouette on Dyes Inlet
Against the silver sheen of a moon like painted glass
Under stars out on a pier; a celestial sphere
We were weightless as the waves that disappeared

Death Cab For Cutie waxing lyrical, but what the hell is a Dyes Inlet? 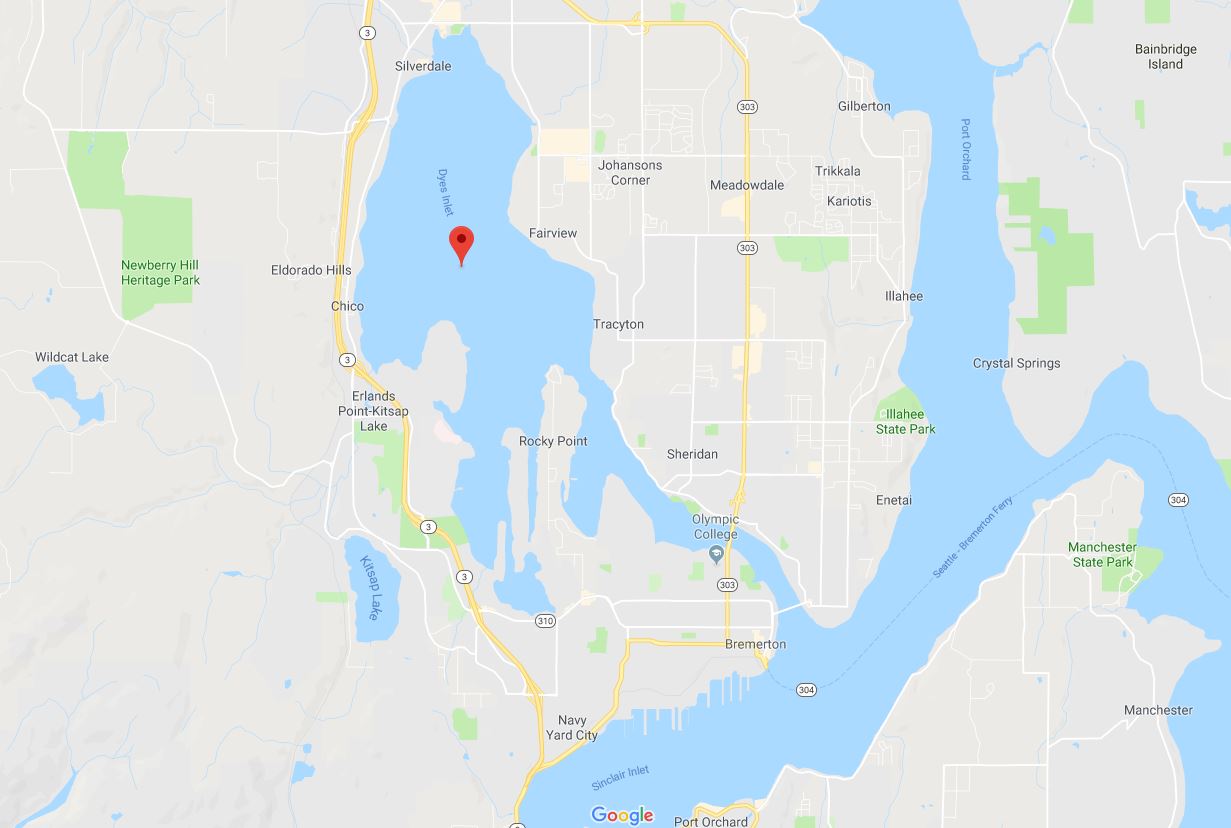 It has a 4-star average on Google, with 3 reviewers scoring it as 3-star, 4-star and 5-star respectively. Let’s look more closely at that spread.

Mysterious Amy Piper went for 3 stars, but declines to tell us why. Maybe some episode of unrequited love occurred here – an event which would surely usually lead to a 1-star rating – but the sheer beauty of the place held its own and she couldn’t help but add on a couple of marks for overall attractiveness. We’ll never know though, because Amy doesn’t expand on her reasons for scoring it thus. Tease. 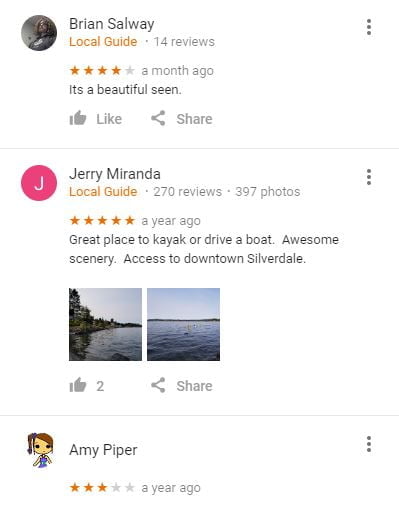 There’s no holding Brian Salway back though. He’s scene the light, and it’s beautiful. 4 stars from Brian. He would have given it more, but he was unaware of the access to downtown Silverdale.

Of course, alternatively to get to downtown Silverdale, you could use I3, and then head off down NW Newberry Hill Road, before hanging a left onto Silverdale Way NW, but try doing that in a canoe. Near impossible and downright dangerous. But no. Dyes Inlet has it all when it comes to symbiotic waterborne transport and means of entry to downtown Silverdale. 5 stars. Five.

I’m with Jerry Miranda. The simple fact that there is a rocky point in Dyes Inlet which is called “Rocky Point” means that I’m going to also give it a 100%, 5/5, top of the class review. Simple nomenclature wins every time. There’s also a “Mud Bay”, which (via satellite view on Google Maps) appears to be pretty much silted up; a “Windy Point”, where the trees are all leaning over, and an “Ostrich Bay” (but no: sadly none).