The chances are that we will be doing some fishing when we get over to the Isle of Man. But although we are currently living and traveling on a canal/river (depending on how the journey North has been going) (pre-written post, see?), I’m not too keen to chuck a line over the side here. 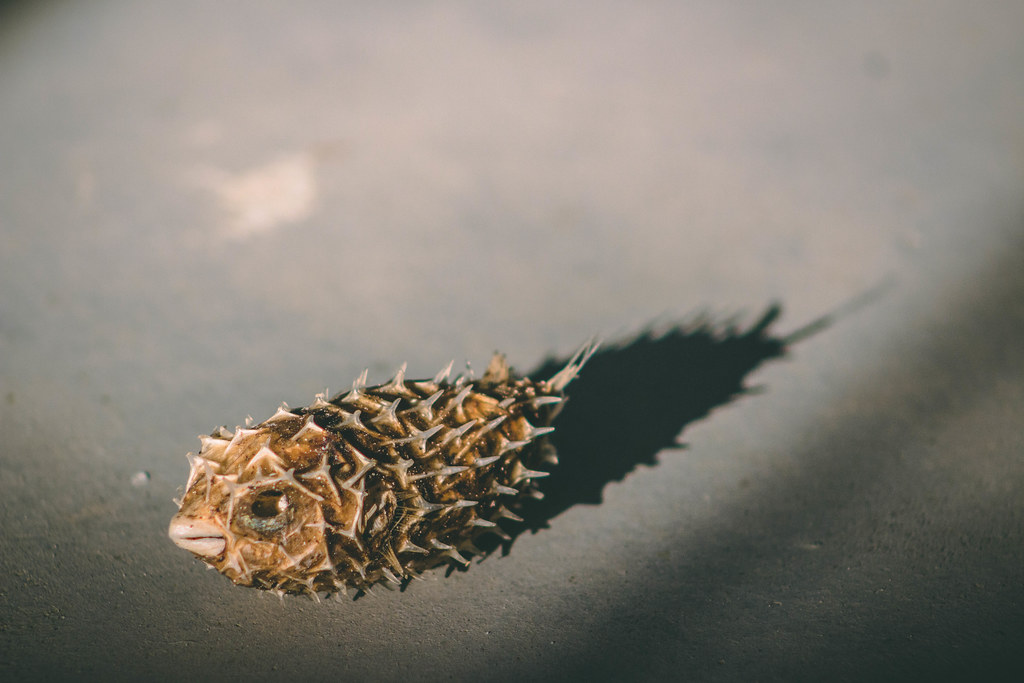 Yeah. That talk of fishing was merely an excuse for an arty quota photo of a puffer fish which we found washed ashore on the beach at Suiderstrand. Its remarkable appearance, coupled with some early morning light and the addition of a subtle muted preset or two on Lightroom gave a striking, minimalist image.

Lots of dead stuff washes up on the beach in Agulhas. I don’t think that’s a bad thing, I think it’s just a natural thing. Nothing lasts forever, and when it doesn’t last forever somewhere out at sea, it’s likely that it’s going to end up washed up onto a beach somewhere. When it is washed up on a beach near us, we find it, because we’re observant like that.

Examples of this at Suiderstrand include birds, seals, puffer fish (see above) and – importantly, not seagulls or turtles.