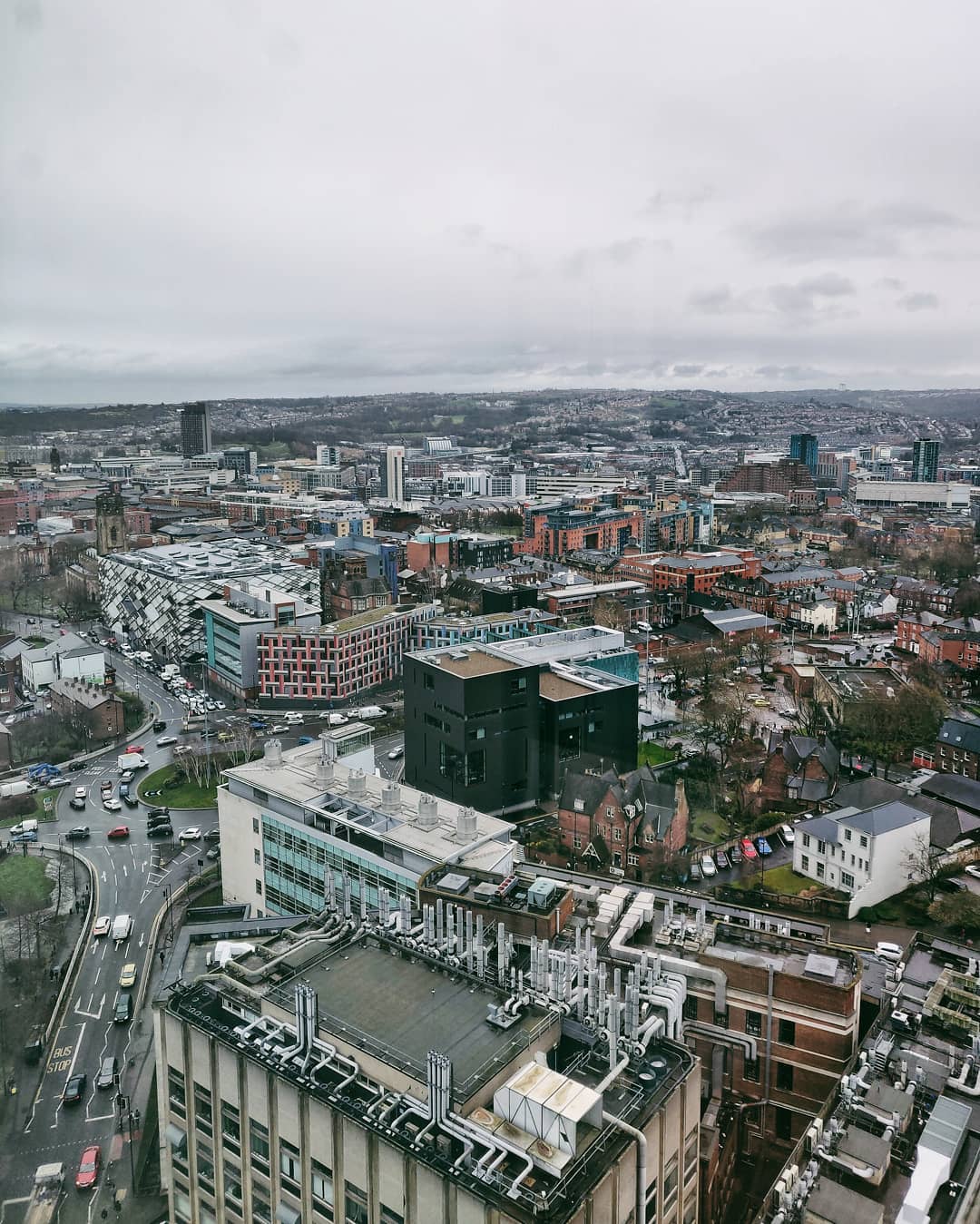 It’s a view from the Arts Tower over a very grey Sheffield. Those in the know will be able to spot the old Henderson’s Relish factory, the John Street/Shoreham Street corner of Beautiful Downtown Bramall Lane, the Town Hall, and what remains of the hospital I was born in. I promise that it was still in full working order when I left it.

But it’s the foreground that will excite some readers. That’s the Dainton Building where Chemistry happens, and its roof is full of fume cupboard extraction chimney goodness. Much of this would be hidden from ground level, being on the “wrong side” of the building and masked by other university departments. But this view shows the whole thing in all its organised, yet unpretty, glory.

Also on show is the eclectic nature of the university architecture. While some (ok, many) locals aren’t fans, I like it. For me, it sticks together simply because it’s all so different: vive les différences.