Eish. I’m an idiot. While trying to avoid the disaster that is SA politics this week, I slipped deeply into a weirdo rabbit hole. Again. Chemtrails, Illuminati, HAARP, and this: 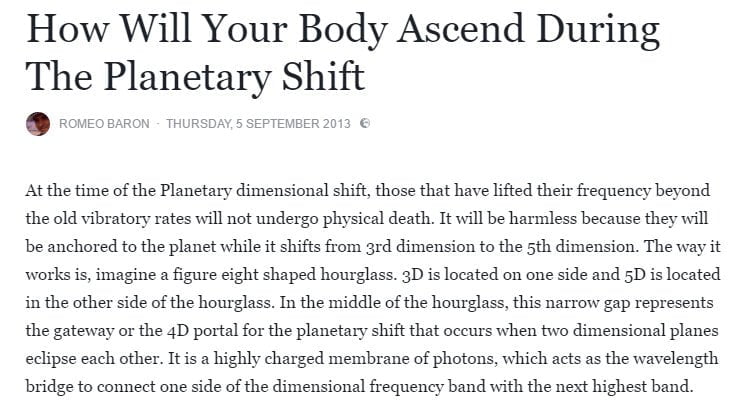 Don’t ask how I ended up there. (I knew I should have taken that left turn in Albuquerque.) Rather just bask in the highly charged membrane of photons acting as the wavelength bridge to connect one side of the dimensional frequency band with the next highest band.

The rest of that post – and indeed the whole timeline – is quite remarkable. There was a post about an owl earlier this month:

My first thought was that the bird in question was likely to have been out looking for food, it being late evening and it being an owl, a genus known for their nocturnal hunting activities.

But I was wrong.

As Sheila points out, this was more than just a chance encounter. The owl wasn’t out looking for mice and other small mammals to satisfy its hunger. It was going forward or backwards (can owls fly backwards? I thought that was just hummingbirds) for further insight on the particular matter. So that’s me told.

Apparently, a white owl can be a harbinger of great change. Especially if you’re a field mouse. Romeo Baron isn’t a field mouse though, so I guess that we can only assume that The Planetary Shift is on its way. Given that he posted his synopsis way back in 2013, it’s way overdue now.