The recent explosion in consumer drones on the market is exactly that: recent.

If you wanted a decent quadcopter with a camera on it, say, a decade ago, you’d have been looking at spending tens, possibly even hundreds, of thousands of your given currency.

But just because consumer drones are a new thing doesn’t mean that there weren’t ways to take aerial photos back in the day. That day specifically being one of the 365 examples from 1907.

The helicopter wouldn’t make an appearance for another 30+ years, so this wasn’t rotary-engined – it was feathery.

Here’s the link (warning: may include pigeon).

Dr. Julius Neubronner, a German apothecary, submitted a patent application for a new invention: the pigeon camera. The device was precisely what it sounds like—a small camera fitted with straps and equipped with a timer so that pigeons could carry it and take photos in flight. 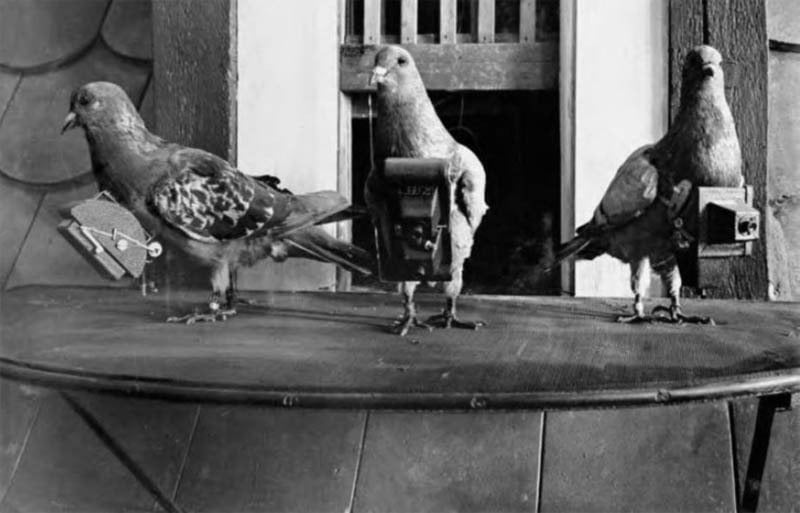 And back then, this technology was every bit as revolutionary as the stuff the DJI is offering us now.

The images his pigeons captured…  are among the very early photos taken of Earth from above (the earliest were captured from balloons and kites) and are distinct for having the GoPro-like quality of channelling animal movement. That perspective that is so commonplace to us now, in which the rooftops stretch out before us as though they were made of a child’s blocks, and people crawl along like ants, was a rare sight when Neubronner took his pigeon pictures.

And they also had problems with propellor-shadow. Or the avian equivalent, at least:

It’s a good reminder that while we might like to think that we are pioneers in any given subject area, there’s actually every chance that it’s been done before.