Social media doesn’t have to be destructive and horrible.

It’s not social media’s fault that it’s destructive and horrible, though.
It’s the people on social media that are the problem. 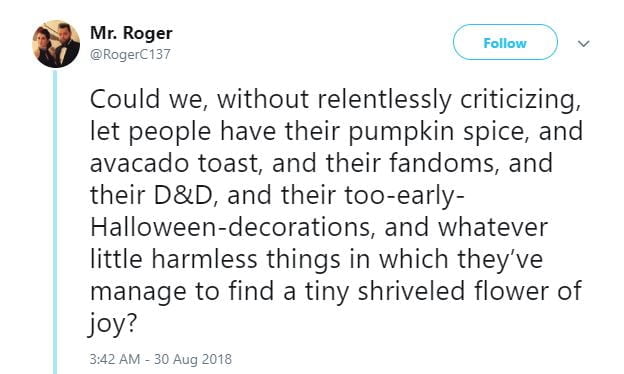 I think that’s why most everyone on Twitter decided to share this thought from Roger Cooper. Very much the written version of this infamous comic that I’ve upset several (or more) people on Facebook with.

And yes, he spelled ‘Avocado’ incorrectly, and messed up the past participle of ‘to manage’, but if you were one of the thousands of people who messaged him to point that out, you’re part of the problem.