Whether they’re slithering, hopping or walking, animals leave tracks wherever they walk in the sand or on the earth. Equally, you can follow birds this way while they’re on land, but as soon as they take off, their path becomes invisible. Well, until January 2018 at least, when photographer Barcelona-based photographer Xavi Bou decided to make them appear, through the magic of technology.

…he chose to work with a video camera, from which he extracts high-resolution photographs. After he films the birds in motion, Bou selects a section of the footage and layers the individual frames into one image.

The results are pretty amazing: 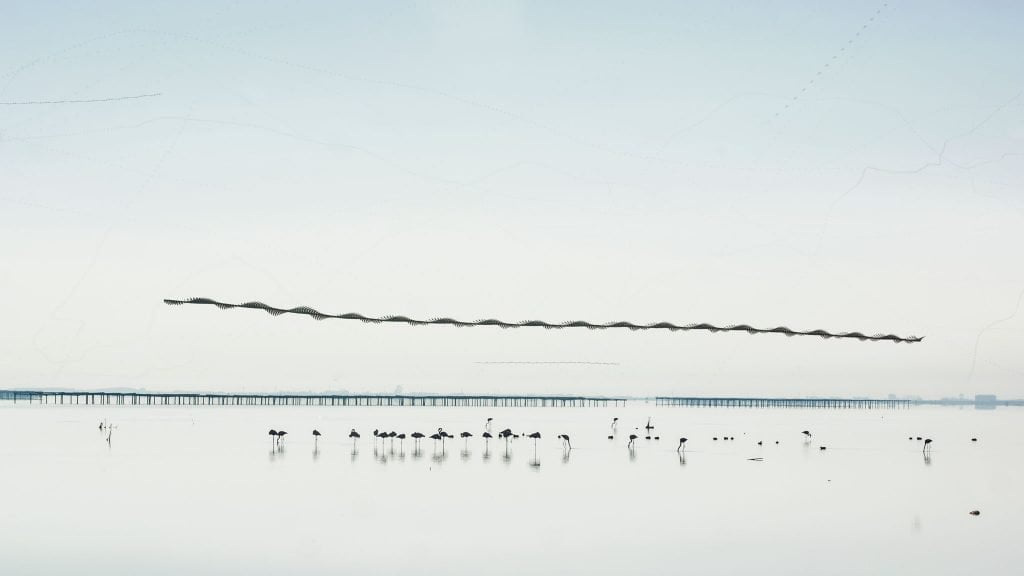 A herring gull flies over flamingos in Spain. 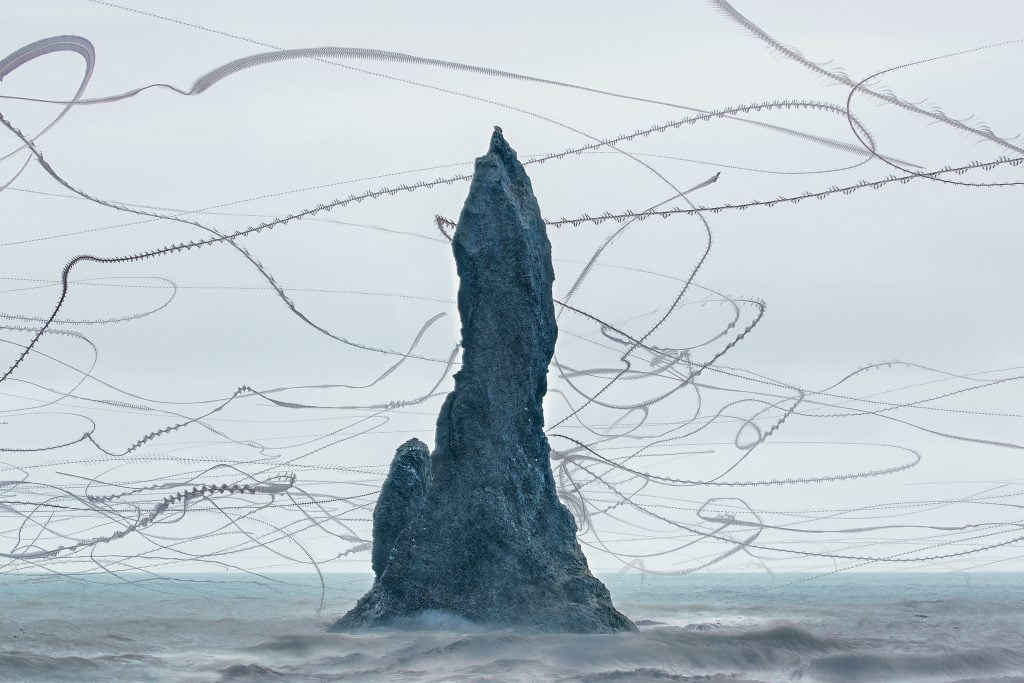 Fulmars and Puffins around a sea stack in Iceland.

I love the way that on that second image, you can actually look at the shape of the track and see which bird it belongs to: the near-effortless, near-gliding of the Fulmars versus the frantic, almost desperate efforts of the puffins.

There are more images on that link above and you should go and see them.

They are remarkable, not just for the fluidity and grace of the movement, but also because it’s a completely different way of viewing something that we all see every day. Additionally for me, the juxtaposition of static objects and wildly mobile bird tracks in these two images is especially good.