Caught sight of this one while getting the car washed after the dirt roads of Agulhas had had their wicked way with it.

On Tuesday, 19 September 1989 the McDonnell Douglas DC-10 aircraft registered N54629 took off from N’Djamena International Airport at 13:13. 46 minutes later, at its cruising altitude of 10,700 metres (35,100 ft), a bomb explosion caused UTA Flight 772 to break up over the Sahara Desert near the towns of Bilma and Ténéré in Niger. All 155 passengers and 15 crew members died.

That’s less than a year after the Lockerbie bombing, but I don’t even recall hearing about this. I’m looking at you, Western-centric Media.

Here’s the wikimapia link, so that you can go and see the actual memorial, which is fairly amazing in itself, but what makes it even more incredible is the story behind the memorial:

The memorial was built mostly by hand and uses dark stones to create a 200-foot diameter circle. The Ténéré region is one of the most inaccessible places on the planet. The stones were trucked to the site from over 70 kilometers away.

The amazing thing is that because the location is so remote, even 18 years after the crash, much of the wreckage was still to be found at the crash site. Part of the starboard wing makes up the monolith at the north tip of the memorial. 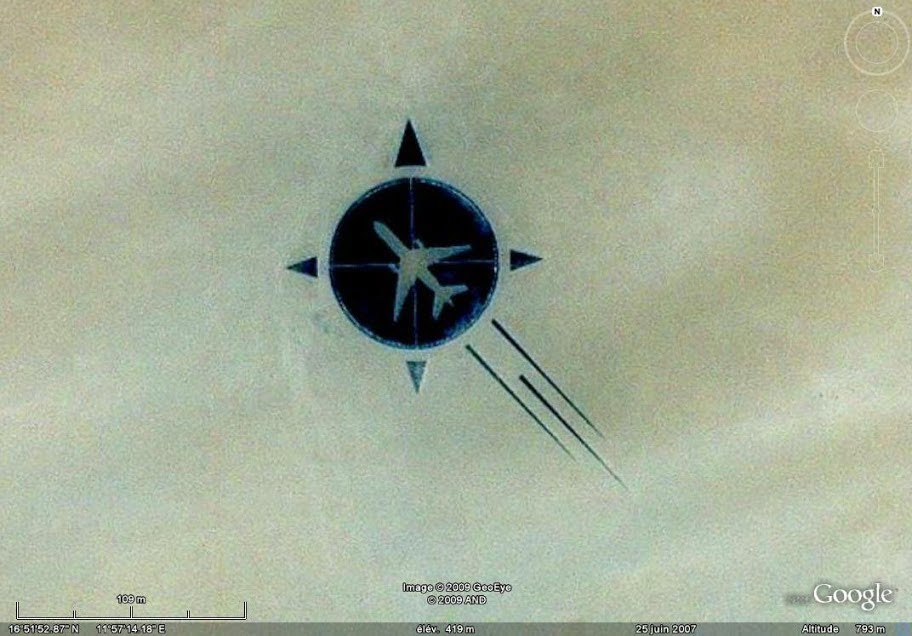 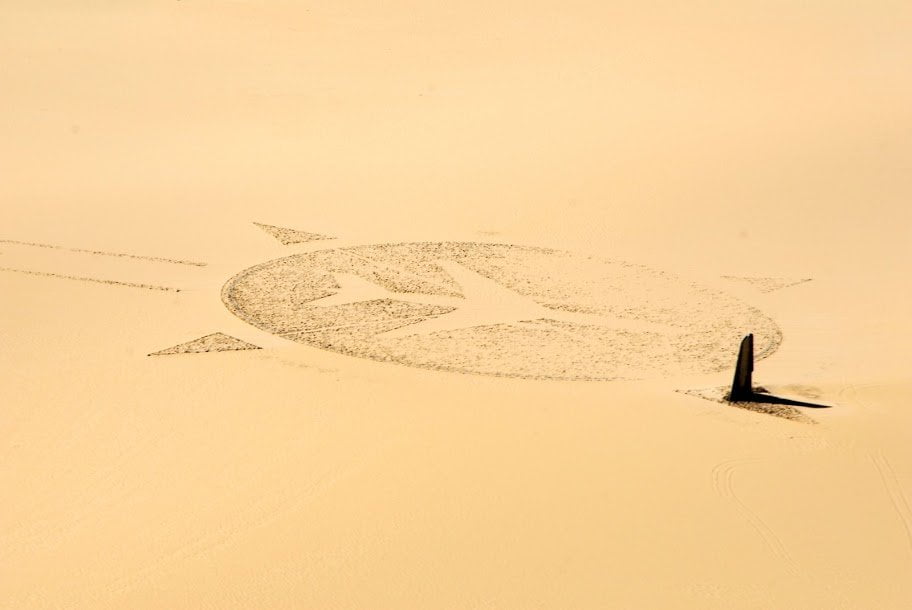 An extraordinary tribute to those who died, but one which only a handful of people will ever actually see.