The solar eclipse passed over a cloudy UK yesterday, annoying many would-be observers and photographers. When it passed over Umeå in Sweden, however, things were a bit different – giving us stuff like this: 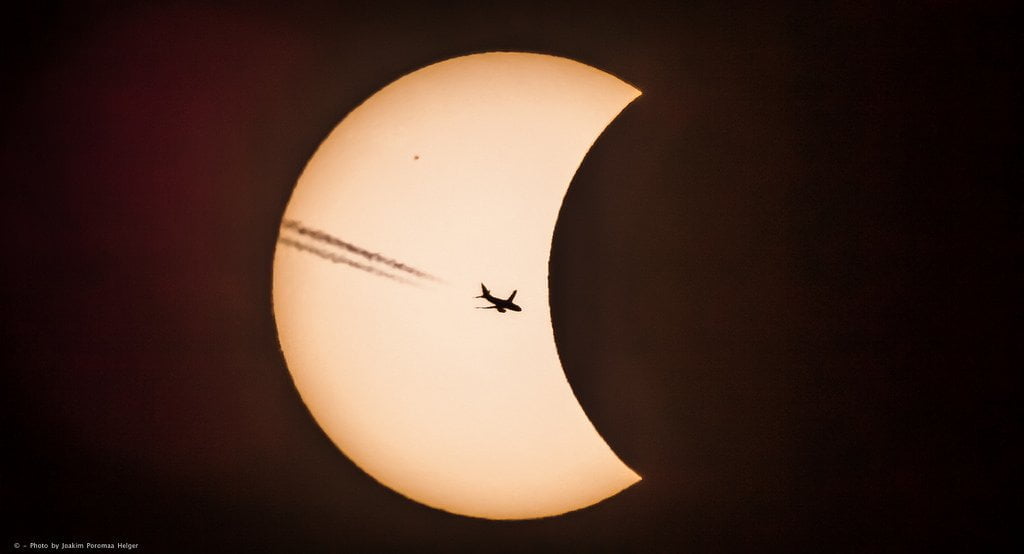 I’m not sure if this was a planned shot, or if Joakim Poromaa Helger (for it was he wot took it) meant to catch the moment.
A quick look at his photostream suggests it may well have been the latter. It’s a bit wow. Check out his shots from South Africa in particular.

What makes this shot even more incredible is the fact that the crew at flightradar24 got hold of it, did some calculations, and worked out that this was flight SK5:

The aircraft in the picture posted yesterday has been identified as SAS SK5, Boeing 737-600 https://t.co/Y1WM3mUv9f pic.twitter.com/vkCeAocnhF

SK5 is the daily SAS flight from Luleå to Stockholm.