Remember that  SpaceX explosion? Of course you do.

Well now, suddenly, it turns out that sabotage might be the cause of the big bang. You’ll recall that we’d already hinted that there was more to the incident than met the eye, with our in-depth investigation into errant punctuation being a possible catalyst for the unfortunate and unplanned detonation of the rocket. 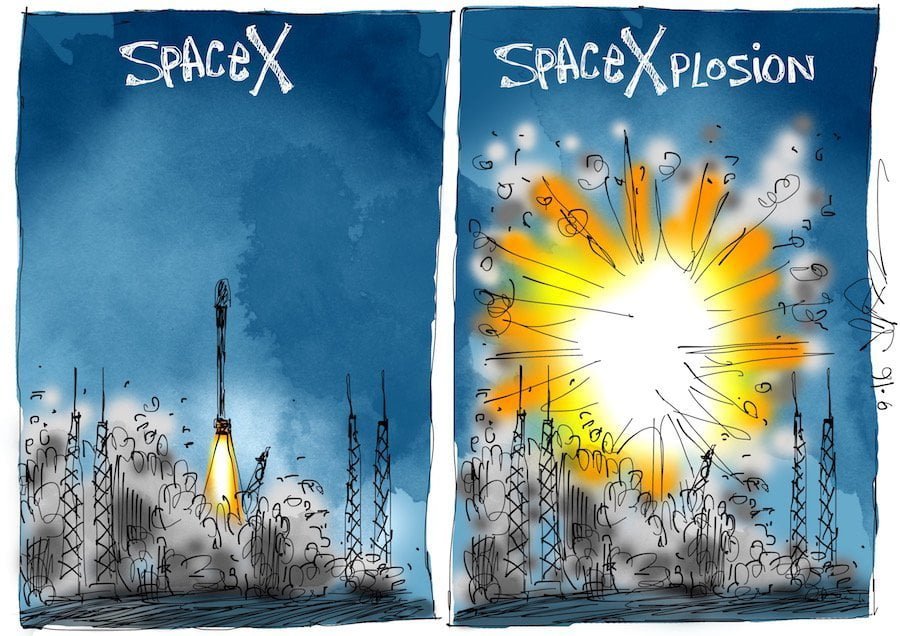 But we were just joking.

This might be for real. Gosh. James Bond eat your heart out (not literally).

While reviewing footage of the unexplained explosion, unnamed industry officials report that SpaceX saw an “odd shadow and then a white spot” on the roof of a nearby building just before the blast – a building that’s owned by long-standing competitor United Launch Alliance (ULA).

One of those stories that’s definitely worth watching…