The common or garden beagle is known as a hunting dog. It’s been that way since the first description of something akin to a beagle (floppy ears, ruined lawns, disobedient, ate socks) in Greece in 500 BCE. The modern South African beagle owner faces a bit of a dilemma, however, as foxes (more recently the traditional prey of hunting beagles) are pretty sparse around the neighbourhoods of Cape Town and the hunting thereof is generally frowned upon anyway.

Although not trained as a hunting dog, Colin will happily go after Egyptian Geese and Hadeda Ibises, cantering playfully along nearby without really alerting them that she’s on the prowl, then suddenly hunkering down into Sport Mode and belting along until they fly away. Sure, Colin is fast, but they have wings. Checkmate.

And so Colin has taken to hunting on a smaller scale: geckos. 10 cm lizards of the infraorder Gekkota. There are plenty of them around at the moment, which will be adroitly plucked them from the walls, brought inside and tossed around the living room in the manner of a cat toying with a mouse, or an orca flinging a seal for fun.
It’s not exactly sport. 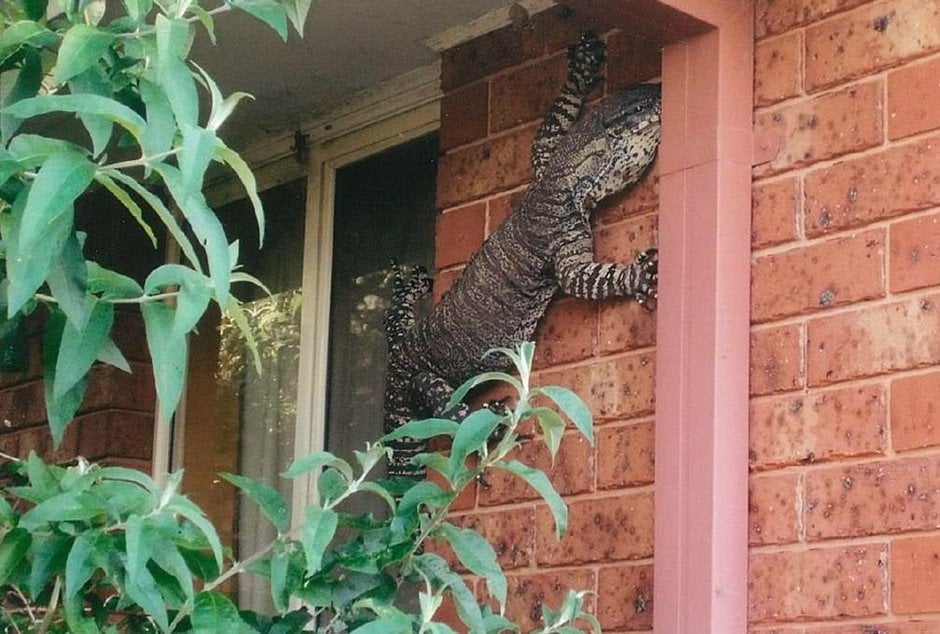 Yep, obviously that’s in Australia. Nowhere else does wildlife get so stupidly off the scale. This is a Goanna, and they get even larger than this one.

2 thoughts on “Monitoring the situation”