There are many Capes in the world: Town, Agulhas, of Good Hope, Horn, Finistere, Fear – the list of wonderful names goes on and on.

But please spare a thought for the worst-named Cape out there: 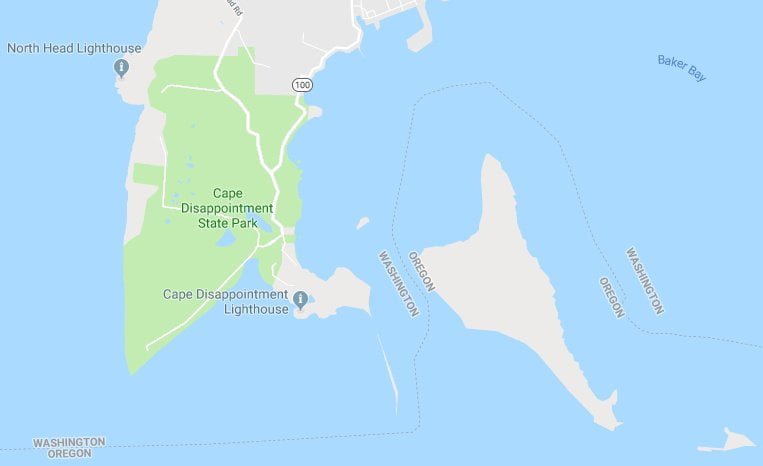 Just down the road from Mount Inferior, and only a hour’s flight from Second-rate City on Meh Airways.

The name reflects Meares’ chagrin at not finding the Columbia River.

Now. I recognise that Meares must have been pretty upset, irritated, annoyed, pretty… disappointed at not finding the Columbia River, and I do understand that things were very different back in 1788. No satellite, no GPS, no decent maps.
But John… really?

I mean… having got to Cape Disappointment (marked here with the red star), he was pretty much at the Columbia River.

Dude, your disappointing Cape actually marks one side of the end of the waterway you were hoping to find. I’m really not sure how you missed it.
It does suggest that you should have stuck to fur trading and not gone into navigation and exploration. But then by leaving your mark on the land by giving it an insulting name – well, it actually reflects rather badly on you.

Disillusioned with life, John Meares headed back towards Canada and to Miseryville, Despondency County, British Columbia, where he lived out his remaining years in a constant state of frustration.