Not as in not sleeping for 2 days and drinking far too much cheap booze and listening to loud music amongst flashy lights for hour after hour after hour. Been there, done that, (and thankfully) washed the t-shirt. No, this was a much more gentile version of wild.

Considering the alleged onset of autumn, there was a lot of wildlife around the cottage this weekend. Starfish, scorpions, spiders, seals and other stuff that began with other letters of the alphabet (like grysbok, mongoose and bastard horseflies). Our kids are certainly getting some amazing experiences. 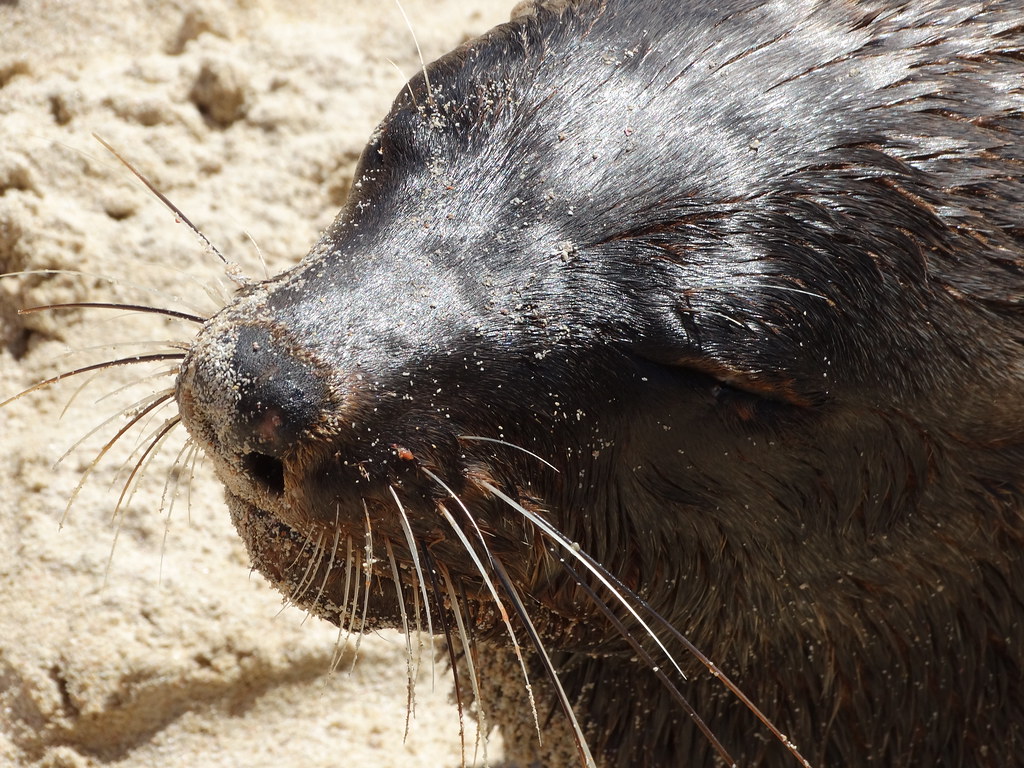 The seal was chilling on the sand next to the slipway in Struisbaai harbour. Apparently, she’d been there or thereabouts for a couple of days. She didn’t seem overly bothered by the tourists surrounding her, nor by the local kids chucking her spare bait from the fishing boats (although she wasn’t eating any of it). I’m not sure if she was sick or injured (there was no visible injury) or just chilling. 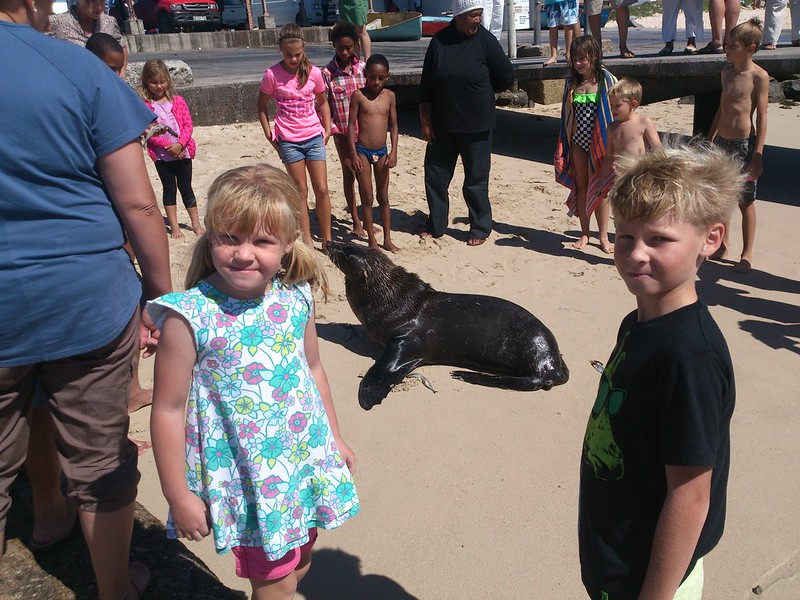 Of course, seals do bask in the sun all over the Cape, but it is unusual to see one here – and so completely unconcerned by all the attention it was causing.