Spotted on social media ad nauseum, lots of stuff like this: 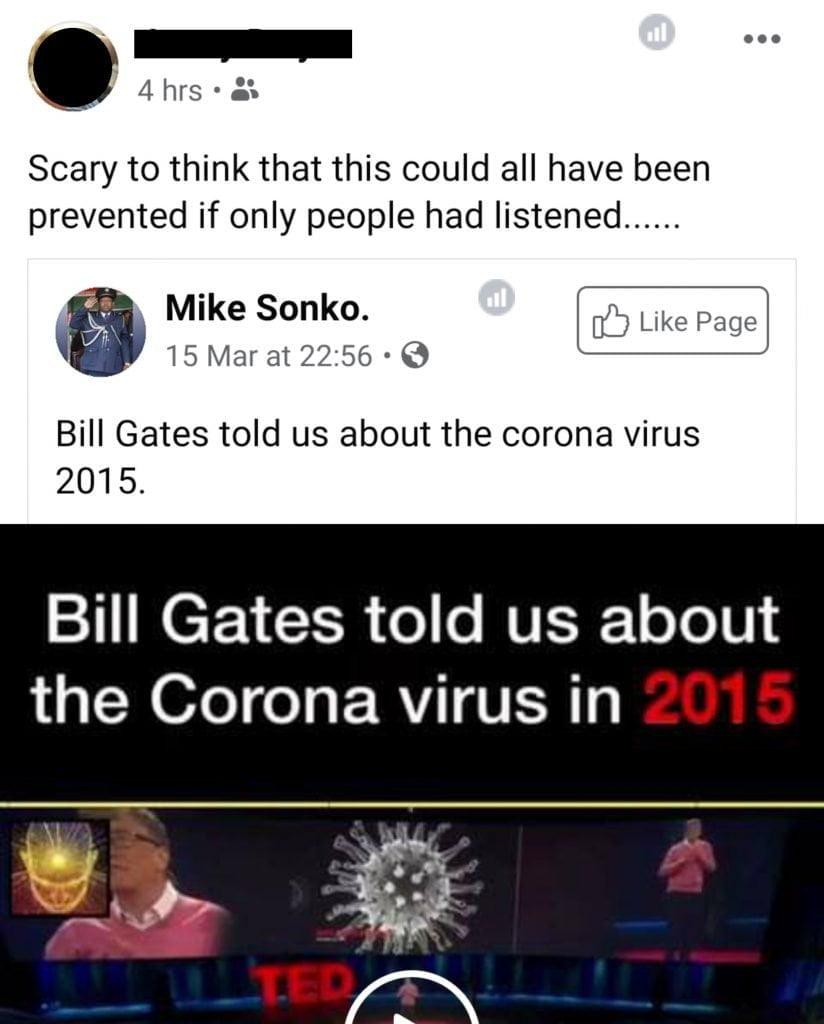 (that was ahead even of the MERS outbreak of 2012), they even told us exactly why this 2019/20 pandemic was going to happen:

It’s an informative and enlightening read, if you have the time.

The fact is that despite his standing, his fame and his amazing charity work, it seems that no-one batted an earlobe at Bill. And so why on earth would anyone have been bothered with what Vincent had to say?

We’re hearing so much about the changes in attitude that this pandemic is having and going to have in the future, but no-one listened to the experts back in 2007 – it’s only now that their (actually fairly obvious, when you read the evidence) predictions have come to pass that we’re giving them the time of day.

And even then, in this case, it seems like it’s only me that’s doing it.

Shouting about Bill will do no good now. No-one cared what he was saying back in 2015, false hero-worship of a false idol just because someone dug out an aging Ted talk and popped it on your Facebook isn’t going to stop any pandemic. Bill didn’t know about Coronaviruses; Bill was relaying the experts views to the general public.

The public chose not to listen.

Over in the UK, laboratory scientists and healthcare workers are being offered free coffees, cheaper food, special opening hours at supermarkets and numerous other benefits in the UK right now. And I think that’s great. They’re at the sharp end when it comes to this sort of thing. But then, they’ve always been at the sharp end. Underappreciated by a succession of governments – of every colour – and the general public for years and years, they’re suddenly the heroes of the hour. Sure: this is a biggie. And yet they’ve been putting their lives on the line in the face of some properly horrible diseases (CJD, Ebola, Anthrax, TB) for decades. So thanks for noticing now, but maybe have a sit down and a quick review of your previous thoughts and feelings on the people working in the healthcare sector when there was no global pandemic as well.

Once all this is over (the outbreak, that is); once we have the vaccine and some degree of herd immunity; once we’re returning to something like normal life, will you listen the next time Vincent or Bill has something to say?