But it’s not just the SA papers that write complete rubbish.

Fiddling with his swimming goggles as he strolled across one of Cape Town’s most popular beaches, Lloyd Skinner did not notice anything amiss.
With temperatures in the 90s, the sand was packed with families enjoying the delights of the South African summer.
The sea appeared calm – perfect to escape the heat. But as he waded out, something terrible started to happen. A strange ripple effect circled him in the water. On the beach, people started waving their towels and shouting at him desperately.

Hmm. Let’s see what we’ve got so far shall we?

Temperatures in the 90s…

Have you pictured the scene yet? And the strolling guy with the fiddly goggles?
Got it? Good.

And then let’s take a quick peek at this photo which eyewitness Gregg Coppen (who is quoted in the Daily Mail article) took 4 (four) minutes after witnessing the attack and tweeting his now infamous “Holy Shit” tweet. 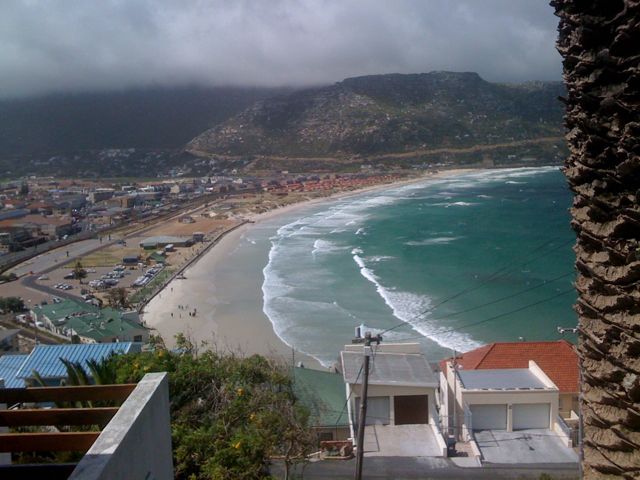 Look at that beach, packed with families in the hot summer sun. And that wonderfully calm sea. Hmm.

I showed this to a colleague. He used the word “gobshite” to describe the writer, Andrew Malone.
And who am I to disagree?

There are probably numerous other inaccuracies in the rest of the article – I don’t know. With so much nonsense in the first five lines, I couldn’t be arsed to read any further.