Cape Agulhas lighthouse is undergoing some much needed repairs at the moment, as this photo clearly demonstrates: 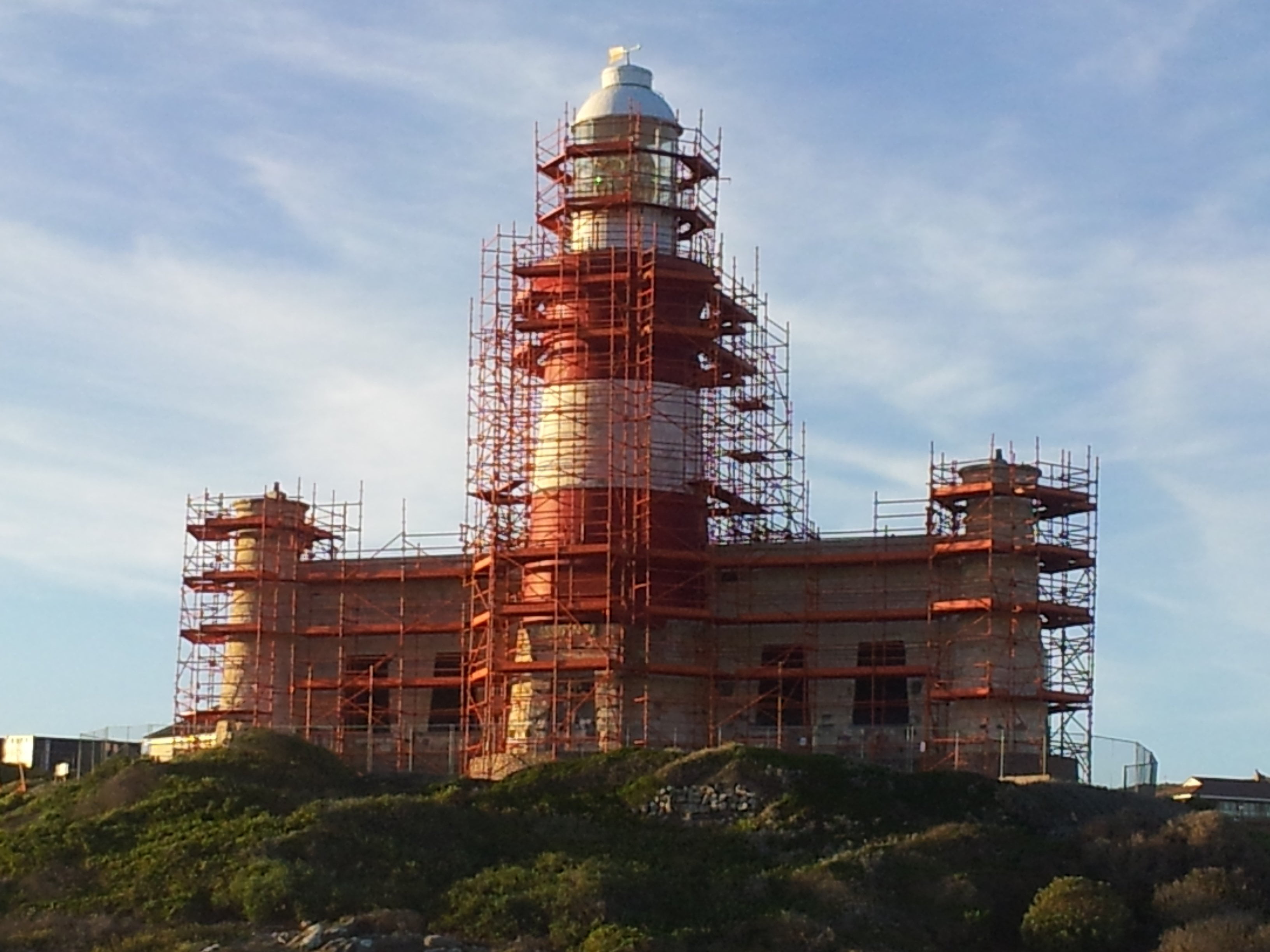 Taken by Mrs 6000 yesterday, you can see that the work is fairly extensive. And it needs to be: the winter storms on the Southern Tip show no mercy.

The lighthouse will have seen a few of them, having been built in local sandstone in 1848. And the damage that those storms can do was shown clearly in the late 1960s when the light was moved to an aluminium tower nearby (note to self: find picture of this), as the sandstone had eroded and the building itself was in danger of collapsing due to excessive weathering.
Thankfully (and rightfully), it was declared a national monument and it was restored and recommissioned in 1988.

The focal plane of the light is 31 metres (102 ft) above high water; the range of the 7,500,000 candlepower lantern is 30 nautical miles (56 km; 35 mi). It rotates, giving off one white flash every five seconds. When they’re not repairing and restoring it,visitors are able to exercise their right to suffer terrifying vertigo by climbing the tower and examining the seemingly flimsy railings around the top.

Right now, I’m back in Cape Town, copying the lighthouse by having an external support structure around my right leg, which is being repaired and painted in bold red and white hoops before winter [don’t push the analogy – Ed.].

I miss Agulhas and I’m desperate to get back down there as soon as possible. But the 3 hour drive isn’t conducive to getting this ankle sorted and I know that sacrificing a visit this weekend is going to get that process over more quickly.