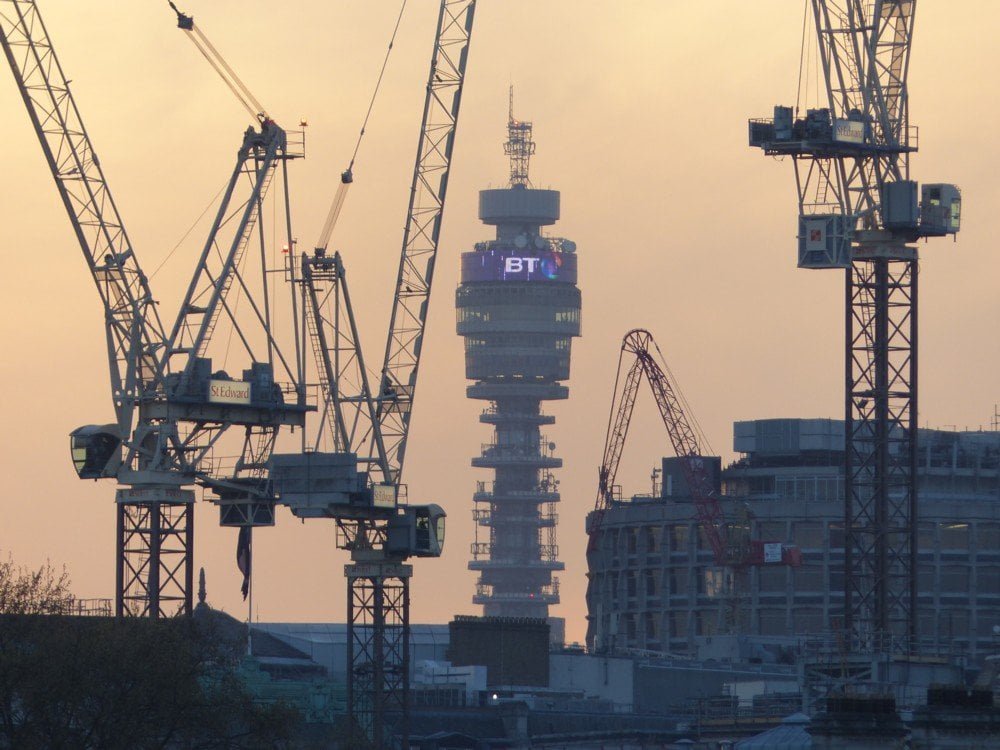 Very pretty – one of my favourite building on the London skyline. I did some of my Masters degree right underneath it. Interestingly, when it was built in the early 1960’s, as part of the British Government’s new microwave communications network, the UK was in the middle of the Cold War. The (then) Post Office Tower was designed as a cylinder, rather than a block simply because it had been noted that a greater number of cylindrical buildings survived the nuclear blasts in Hiroshima and Nagasaki. It was hoped that if (or when) the Ruskies bombed London, the tower might survive, and with it, the all important communications network.

It may well have survived that, if it had ever happened, but it infamously fell foul of Twinkle, the giant kitten.

Yes. Kittens were huge (literally) in popular culture, even before the internet was around. And if Brian reads this before the end of the day, he’s got a lovely Feline Friday tie-in opportunity with his post from yesterday.