And some silly ones too:

Also, no splashing and fewer showers. Now you know.

Nothing good comes from things going critical. Nuclear power plants are probably highest up the list of things which are bad when they go critical, with toddler tantrums pretty close behind.
Critical isn’t good situation to be in. Critical is… well… critical.

Unless something rather remarkable occurs very shortly, when their capacities are measured again on Monday, Cape Town’s dams will have fallen below the “critical” level of 30%. 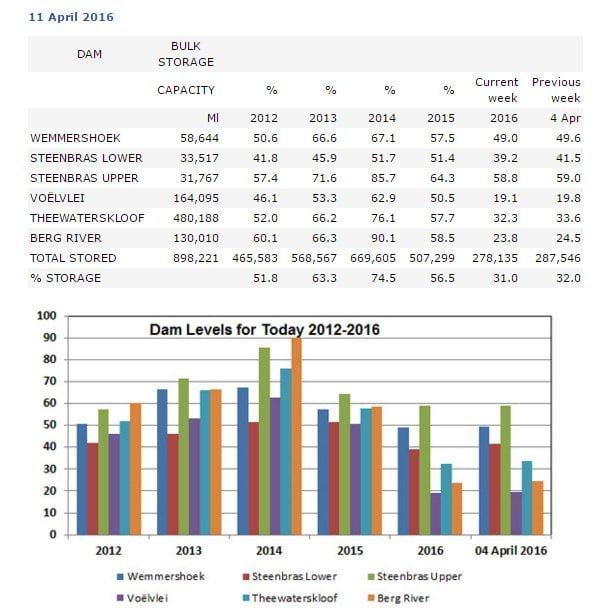 It’s obviously an arbitrary level that they’ve chosen to call “critical”, and quite what happens when we cross that threshold is unclear, although we have been told that we shouldn’t panic. But then, that begs the question, why bother having a “critical” level in the first place if nothing changes once you find yourself below it?

After all, very little happened when we crossed the legendary “careful now” 70% margin, nor the distinctly worrying “er… guys…?” 50% line.

Barry Wood, the city’s manager of bulk water supply, told the council’s portfolio committee “We don’t have to be too concerned, provided that it starts to rain.”

Ah. That’s all ok then.
Colour me completely reassured.