Today’s beagle walk through Claremont, up that hill in Bishopscourt and back down through Wynberg Park was a slow one. The reason for this was the sheer amount of snorfing that occurred while we were out.

Beagles, much like humans, have 5 senses. The touch and taste are very much the same in both species, but that’s pretty much where the similarities end. Beagle sight is used exclusively for spotting squirrels, and it works quite well.
Sadly however, their hearing is often clearly muffled by large flappy ears. Spoken instructions or commands are usually ignored, not just because of the stubborn nature of the breed, but also because they are often simply not heard underneath those ridiculous, huge, pendulous hanging bits of furry skin on either side of its head.

Evolution has not favoured the beagle’s hearing system. Unless it detects the sound of a food item being unwrapped in the kitchen, of course.
Then there doesn’t seem to be any handicap at all. 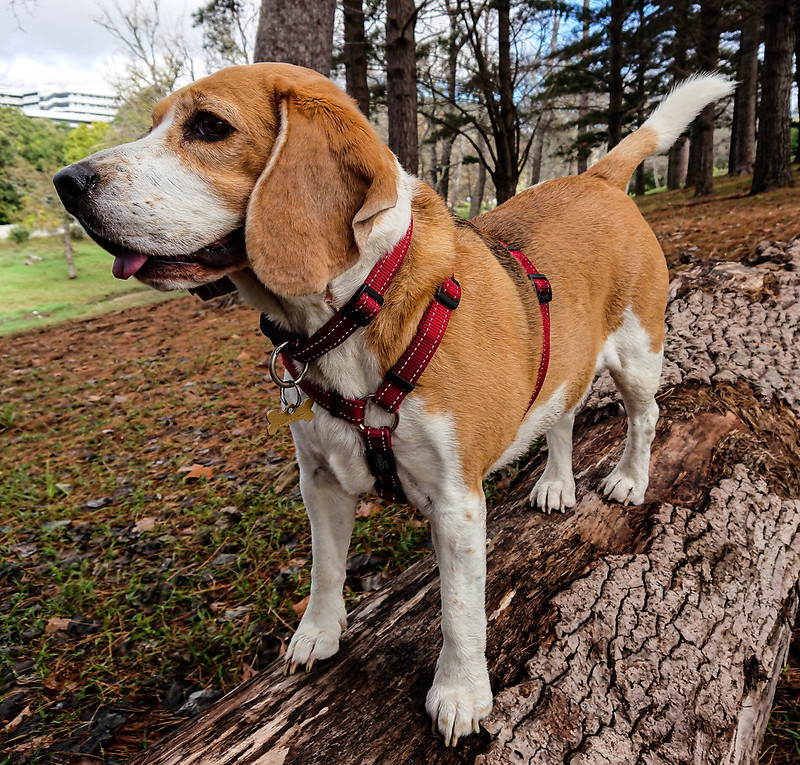 However, what natural selection has removed from the aural abilities of the breed, it has surely made up for in that nose. So much so, in fact, that it has gone beyond a mere sense of smell to something far more complex and important: snorfing.

You won’t find snorfing in any dictionary, but every beagle owner will be able to describe it to you in intimate detail. Most every beagle walk will involve a huge amount of snorfing. It starts suddenly, usually resulting in some sort of shoulder injury for the human on the other end of the lead. And yes, it’s a bit like any other dog sniffing, but it’s somehow deeper, stronger: more detailed, more meaningful. Watching your beagle snorf (together with the added sound of internal snorfing ducts opening and closing), one can almost image a multicoloured, three-dimensional map being assembled in its mind as to what has been there, what they did, where they went and perhaps even so much as a telephone number and/or contact details of their owner, where applicable. It is a fascinating thing to behold.

Sadly, it’s also a very thorough and time-consuming process, and because beagle walks are often interrupted with several prolonged snorfing sessions, you don’t quite get all the exercise you might have been hoping for.
For reference, I walk almost twice as quickly when I don’t have a snorfing beagle by my side.

That’s why you never see anyone running with a beagle. You’d literally get nowhere.

It’s been a bright, blustery day in Agulhas today. It’s also been calm and sunny, and then at times it was also wild, wet and windy as well. A mixed bag then. 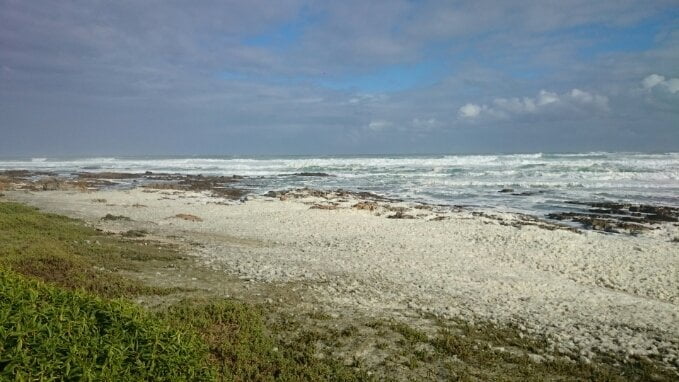 After an early morning bike ride with the boy, I set off around the corner from Suiderstrand. It’s a walk we’ve often done, but then turned around and come back. This time, free from the responsibilities of kids and beagle (and wide, I suppose) I walked for about 8 km along the coast, almost as far as Brandfontein. Of course, I then had to walk back too, and with that cycle ride and that weather playing its part, I’m pretty tired this evening. (Photos to follow via Cape Town ADSL.)

The foam, above, was spotted on the way back from Struisbaai later in the day, where we had just been turned away from a restaurant, as it was closed – a status that the waitress greeting us had to check with her boss. How could you not know if the business you’re working at is open or not?

Anyway, we ended up at the mees Suidelike pub van Afrika as an alternative, and not only were they open, they also served beer as well.
A double bonus to end the day.