Yep. I used to enjoy gym, but I simply don’t think it’s a safe place to be at the moment.

Actually, it hasn’t been a safe place for a while, but I still did seriously consider going back. However, one only has to look at the number of tweets sent to the Virgin Active account to see that the rules put in place to prevent virus transmission are neither being followed, nor enforced. And despite the Social Media Manager’s best efforts at repeated pacification with:

Thanks for letting us know, we’ll follow up with the club concerned

So, no thank you. My membership is cancelled.

The club putting “please wear a mask” and “please sanitise regularly” signs on and around the equipment are akin to the “no fly tipping” signs you see at secluded beauty spots: people really should already know. And if they weren’t obeying the rules before they saw the sign, they’re not going to once they’ve seen it, either.

And of course, the gym bunnies – the ones who go there to be seen, rather than to exercise – are all immune to Covid-19 (until they get it), and so they don’t need to cover up and protect themselves or anyone else. They didn’t wipe down the equipment BTV and they’re not going to do it now. Previously, it was just unpleasant – now it’s potentially risky. And with the gym staff apparently unwilling or unable to make people follow the rules, gym is a no-no for the foreseeable future.

Sad. But just not worth it.

I am known for my great ideas. You only have to look here to see one of my great ideas, which has now been taken up by real people and was mentioned on a famous podcast by media mogul Kathan Pillay.

That one took 2½ years to catch on.

So Virgin Active probably need to get in touch pronto because I’ve had another great idea after my experience at their Claremont branch this morning.

And the great idea is this: chairs.

See, when I got to the weights machine section at gym this morning, there were a few stations taken, and a few free. Nothing unusual there, and also nothing unusual in one of the stations (it was the Vertical Traction one, for the record) being occupied by a middle-aged lady who was talking to her middle-aged friend. No big deal, conversations happen, but then this particular discussion just seemed to go on and on.

In fact, by the time I worked out (no pun intended) that it was dragging on a bit, I began to wonder if it was ever going to end. I began to watch while I worked.

Long story short, I had managed over 270 (two hundred and seventy) reps on various machines in the 20-odd minutes it took them to finish their chat. I say various machines, but obviously, I couldn’t use the one that Little Miss Chatalot was on, could I?

They did no reps at all, but you should have seen the form on their TMJ muscles. Incredible.

And then to add insult to injury*, once she’d chatted for flipping ages, she did 5 quick pulls (careful now – this isn’t Stellenbosch) and then headed off, finally leaving the station open for me and everyone else who had paid to use it for… like… “gym stuff”.

So how would my chair idea work then?

Well, if a couple of Newlands housewives (in this case, or actually anyone else who just wanted to talk and not do exercise) needed to chat, they could just sit on some chairs next to the machines and talk there. I’ve been doing some rudimentary calculations and that would – I think – free up the gym equipment for people to use… as gym equipment.

It’s fairly radical, I know. But then so was the iceberg idea, and everyone thinks that’s great now.

Hey Virgin Active, my email address is here. Let’s see how this near outlandish, but ultimately rewarding, chair idea can be implemented soonest, shall we?

* there were no actual insults or injuries, although I was quite tempted. 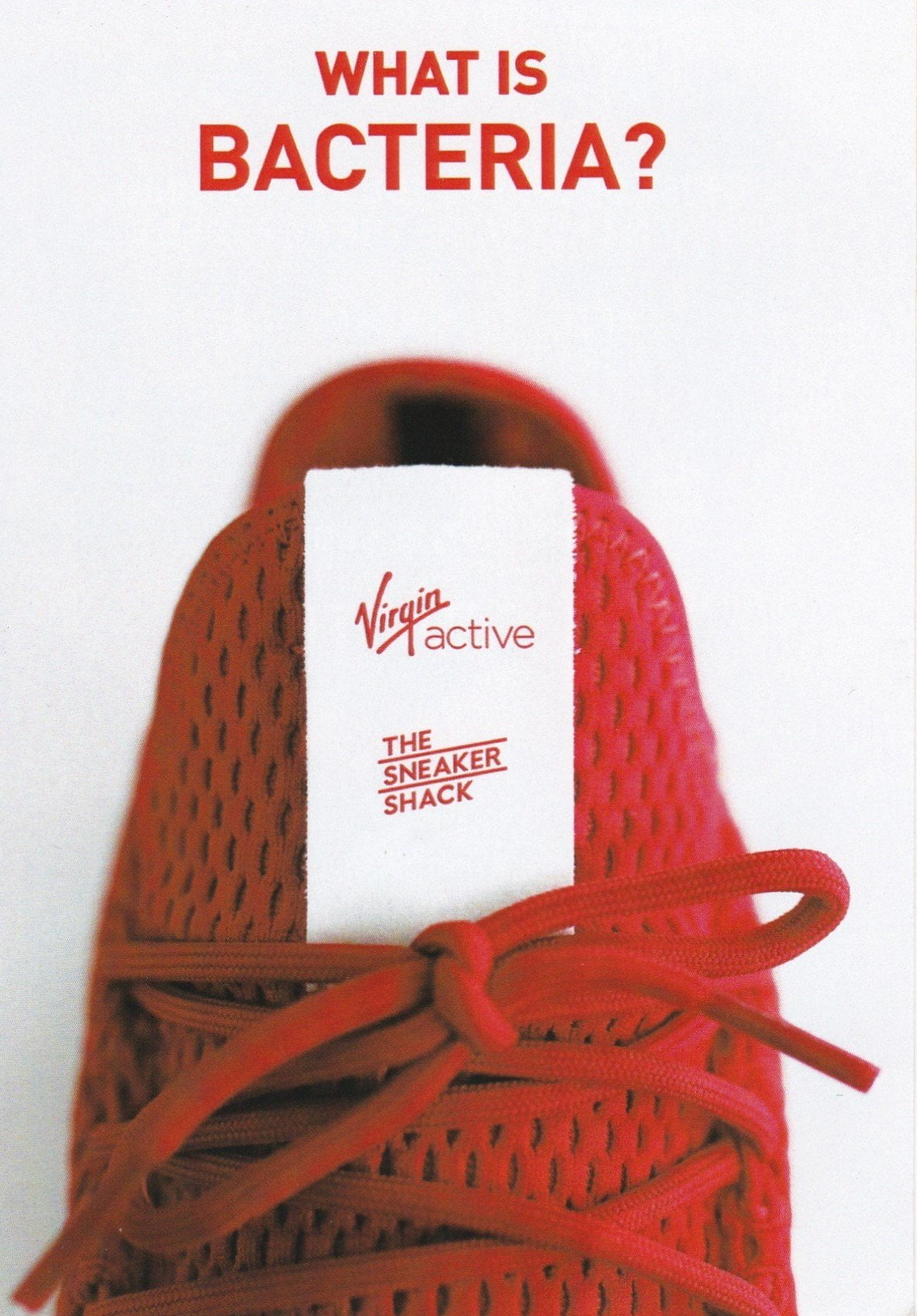 To which my immediate answer was clearly: It are a plural.

On my recent post about returning to gym after a prolonged (4 years) absence, I got a comment from Damien Tomaselli, a personal trainer, a part of which I have faithfully reproduced here:

I’m a personal trainer. I like to know what peoples attitudes towards exercise/gym are. You mentioned you don’t like the people at gym. I know your not alone in that. May I ask what it is exactly that you don’t like?

So, Damien et al, here’s the deal. For me, going to gym is like having a haircut: purely functional.
It’s a pain to have to do and I dislike actually doing it, but I enjoy the results. Generally, anyway. No-one can do it quite like Precious from Partners on the Waterfront and if she’s not around, it all goes a bit Pete Tong. (And have you ever seen his hair?)

The problem with gym is one that runs through any physical activity in South Africa: that is, the perception that if you’re not doing it completely full-on and seriously, then you might as well not do it at all.
Take a couple of sports I have dabbled in back in the UK: mountain biking and golf. I actually find myself scared to start doing them here, because then I have to join the club which talks about Shimano GT220-R gear sets and the new Ping carbon-fibre graphite shafted driver with the elliptical sweetspot.  I don’t care about all that crap – I just want to do it for some fun and exercise.

The same goes for gym, but the problem is exacerbated by the sheer arrogance of the gymming class. If you’re not bench-pressing 105kg, sprinting like a cocaine-snorting, demented hamster on the treadmill, wearing an understatedly cool baggy vest to show off your pecs or have the latest ever-so-small iPod attached to a big alice band around your sweaty bicep, then what the **** are you doing in there?
It’s like you’re suddenly part of some underclass for not being healthy or trendy enough or just not fitting in with the unwritten rules of serious gymming. But you still pay the same money as them to use the same equipment while having their sneering superiority complexes forced upon you.
Yeah well, sorry I’m not as super fit as you, but I actually do other stuff besides exercise. I have family, have braais, have friends that I can talk to without having to be running along a suburban pavement in a group of twenty runners, talking about running. I can drink a beer without having to feel guilty about the extra 3 kms I’ll have to do in the morning to run it off. I have a life.

And that’s why I only go to gym when it’s quiet: Sunday afternoons or weekdays at 11. It’s why I plug myself into my music before I go through the door, why my distinctly uncool but ever so practical 120GB Classic iPod remains tucked into my pocket, playing distinctly uncool but ever so enjoyable music. Sure, I’m hugely unfriendly – I don’t make eye contact, I don’t talk – I just do my cycling or circuits and I leave. It’s not a bloody singles club – it’s purely functional.

Like I say – I hate gym. But I’m already starting to like the results. And that’s why I’ll be back again tomorrow afternoon: head down, training hard and ignoring the twats.

I went to gym today for the first time in ages. Not literally ages, as in Mesolithic, Jurassic, Paleolithic etc. That would just be silly. Blokes fought off velociraptors and dragged women around by their hair for exercise back in those days: there was no need for gym. Oh – and men had beards and said “Ug!” a lot.
Thus, those were obviously good days.

Back to the present.
I don’t like gym and, generally speaking, I don’t like the sort of people who do like gym. Therefore, I’ve had many, many reasons for this hiatus. Some have been good, some appallingly bad, several were brilliantly made up on the spur of the moment.
Many have been related to my children and at least fourteen had some form of alcohol as their foundation stone. But I’ve finally run out of excuses and it was time to face my fears at Virgin Active in Claremont.

For some reason, I decided that a nice gentle easing of my body back in to fitness would be a 25km cycle ride without going anywhere while watching Manchester United and Blackburn, neither of whom were going anywhere either.
At least the bike kept my heart rate up. At least the scoreline made me smile.
Can you see how utterly desperate I am for something positive?

After that, I incomprehensibly headed for the incomprehensible torture weights machines and lifted more than I should have rightfully been able to in order to break myself some more. If you are passing Chez 6000, I would very much like you to pop in and touch me on my studio please, because I cannot currently bend down far enough to do it myself.

Sadly, I fear tomorrow may bring with it a new dimension of musculoskeletal agony and there’s precisely bugger all I can do about it.