Topless of the Pops
90s girl band All Saints today made shocking allegations about the BBC’s Top of the Pops programme:

They said the music show’s makers wanted to film them from the shoulders up to create the illusion they were performing naked.
“They were filming images of us to use as a backdrop and they wanted us to take our tops off.”

This took place in the late 90s, but there was no mention of this in 2006 when All Saints reformed, disastrously. However, since the Jimmy Savile story broke in 2012, Top of the Pops is now known not to have had the cleanest of reputations. Still, it’s taken All Saints an additional four years to come forward with these allegations, coincidentally in the same month that they relaunched their band.

Sun in an 8
Here’s what the sun looks like if you take pictures of it at the same time each week for a year. 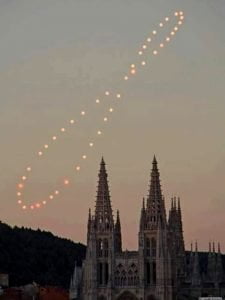 This tracking pattern of the sun is called a Solar Analemma and is formed as a result of the earth’s axis’ 23½º tilt. Useful images (like the one above by Jesús Peláez) include a local landmark (like the one above incorporating Burgos Cathedral in Spain) to provide perspective and avoid any sort of “drift”. You can delve as deep as you want into this one – here’s an interesting site.

Peninsular Removal Services
Are apparently still up to their no good tricks.

Malik Jalal is on the Kill List
The fascinating story of a man the USA are apparently trying to kill.

The next attack came on 3 September 2010. That day, I was driving a red Toyota Hilux Surf SUV to a ‘Jirga’, a community meeting of elders. Another red vehicle, almost identical to mine, was some 40 meters behind. When we reached Khader Khel, a missile blew up the other vehicle, killing all four occupants. I sped away, with flames and debris in my rear view mirror.

Two sides to every story, and sure, this is his (in the Independent, the biggest misnomer since Pussy Galore), but maybe while he’s over in Blighty, the US might at least like to hear what he has to say.

The Assad Files
A long, LONG, harrowing read, but worth it if you have the time. The story of those trying to bring Bashar al-Assad to justice for war crimes in Syria. And those who are trying to help from within, together with the sometimes comical difficulties they face:

Large extractions often depend on friendly countries to negotiate openings in otherwise sealed borders, so captured documents can remain hidden for months. On one occasion, several thousand pages of evidence were left with an old woman in a remote farmhouse in southern Syria, but the investigator didn’t explain the significance of the files. When winter came, Wiley said, “in fairness, she was cold, so she burned the whole lot of it as fuel.”

That’s the lighter side, and there’s not much of it. 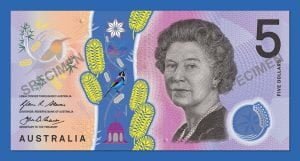 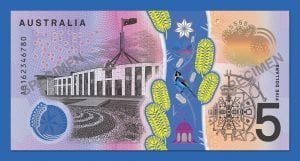 The E.coli are apparently actually wattle, and the technicolour bird is an eastern spinebill (Acanthorhynchus tenuirostris).

Now, you’re up to speed.