What a day.
Several hours on this beautiful beach in Struisbaai, under dramatic skies: 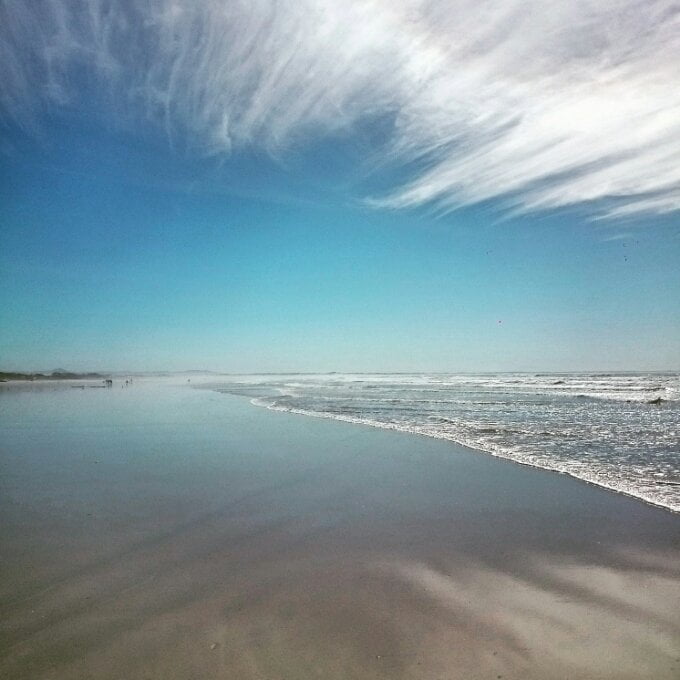 And then the drive home, any negative feelings about leaving Agulhas expunged by having almost the entirety of the newly-resurfaced R316 to ourselves.

Other photos will have to wait, I want red wine and football this evening. Priorities, ne?
But if you find yourself desperate for some 6000 imagey goodness, firstly, have a word with yourself, and then secondly, head to my Instagram.

Having spent the first morning of 2016 on the beach and in the Indian Ocean at Struisbaai, attempting to avoid being completely roasted, here’s a photo from the same spot just 12 or so hours earlier: 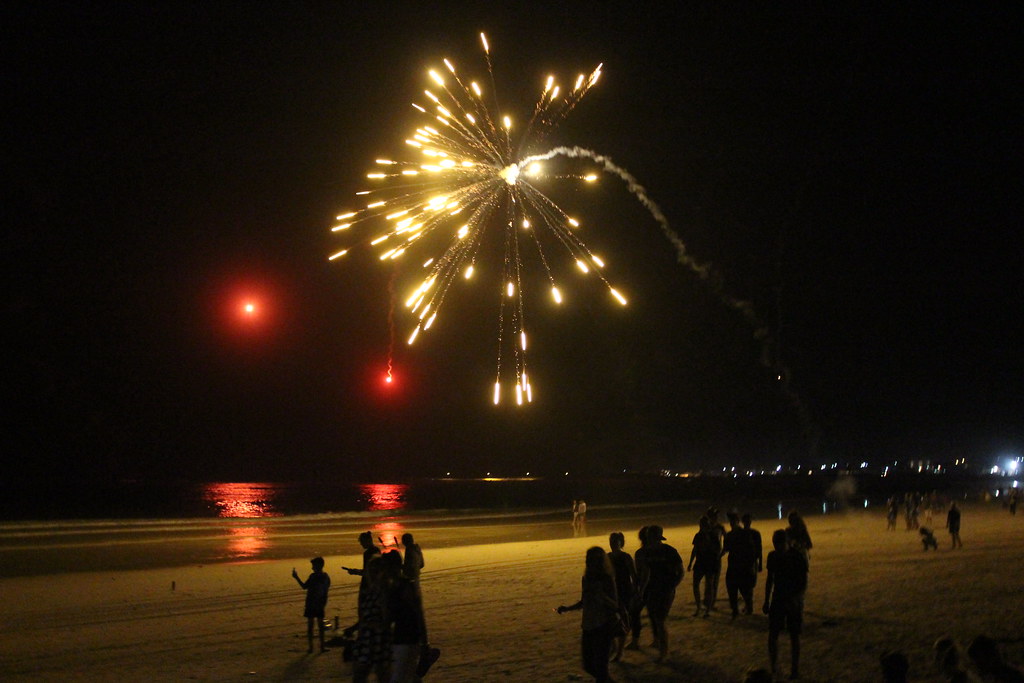 Ironically, it seems like we’ve spent very little time there this holiday, but the motorboat post was from there too. You do the math. I obviously can’t.

I took a lot of photos of the fireworks last night. It was point and shoot really, because I looked up how to take photos of fireworks and then basically couldn’t be arsed to go through all the complicated steps when there was MCC to be drunk and good times to be enjoyed. At first look (unsurprisingly) some were better than others (the photos – although it’s true for the fireworks as well), but I haven’t had chance to go through them yet.
I did manage to upload a couple via my phone. They’re on Flickr. Go see. More to be added later.

The World’s Toughest Inflatable Boat Challenge – The Trans-Agulhas Challenge – dropped into Struisbaai last night and headed out West again this morning. We went along to watch the start, which was delayed by 45 minutes because the local sea mist was preventing the spotter plane from spotting stuff.

When it came, the start was interesting, if rather unexciting. With the boats taken about waist-deep into the water, the pilots walk back to the beach, then, at the drop of the starter’s flag, leg it into the water, start the engines (some more successfully than others) and race out of the bay towards today’s destination – Gansbaai.

The waves weren’t particularly big today, but the boats are light and there were still a couple of mildly dramatic moments to keep the patient crowd on their collective toes. Briefly. 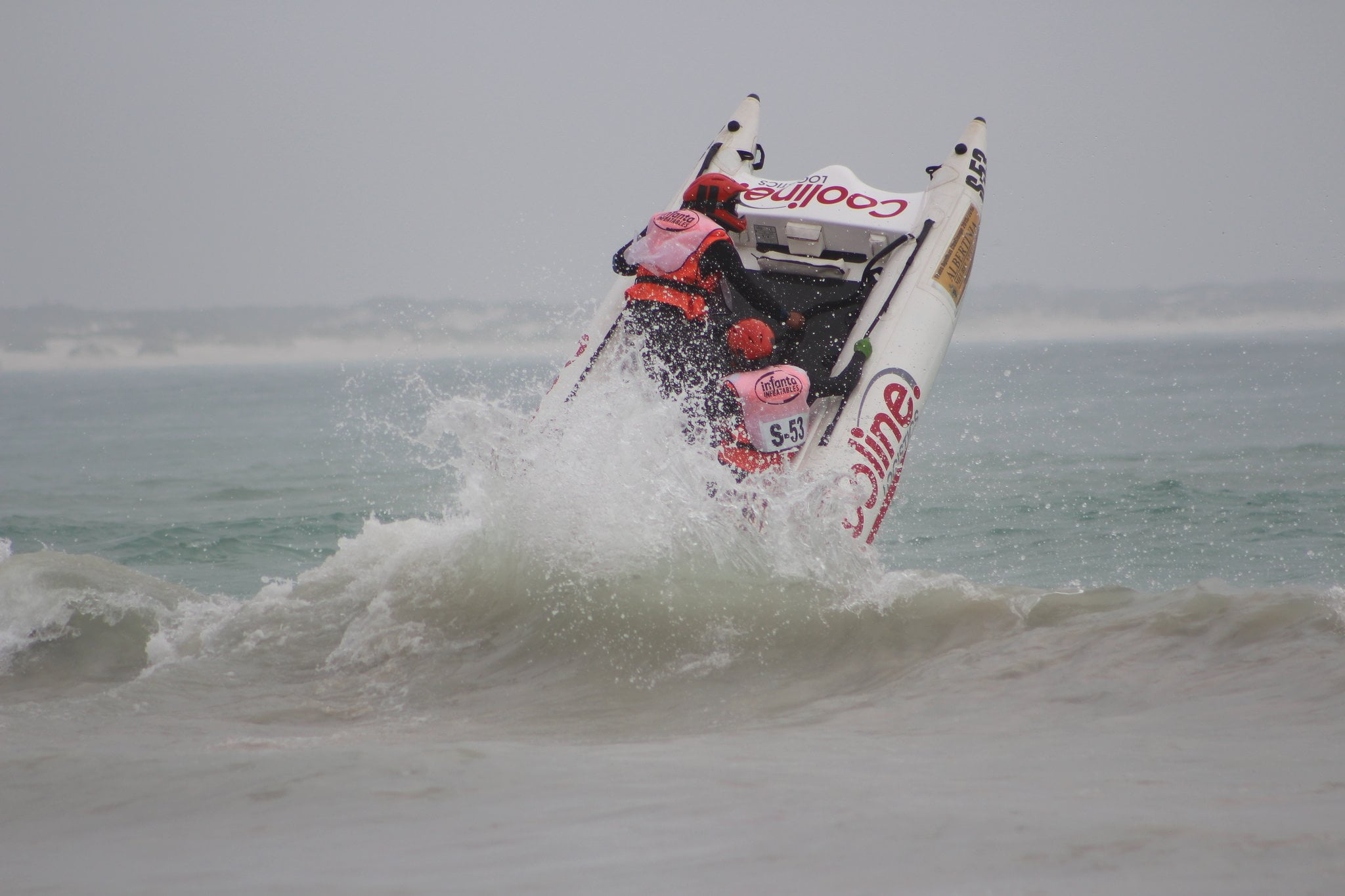 I don’t think it was the bright turquoise sea, blue sky start that the local ‘toggers were hoping for, but it was something different for the kids, and after the ridiculous heat of yesterday, the early-morning murkiness was actually rather welcome.

And then, much like the last little rubber duck leaving the bay… that was it.

2015 has been a particularly rubbish year, and I’m hoping for much better things in 2016. Even if you’ve had a superb 2015 (because I’m sure someone out there must have had one), I hope that 2016 exceedings your expectations and is even better.
As I write, I am unaware of any successful plan to get this blog banned from the interwebs, so I’ll still be here, peddling my wares and entertaining at least myself, if no-one else.

…with flashes of orange. 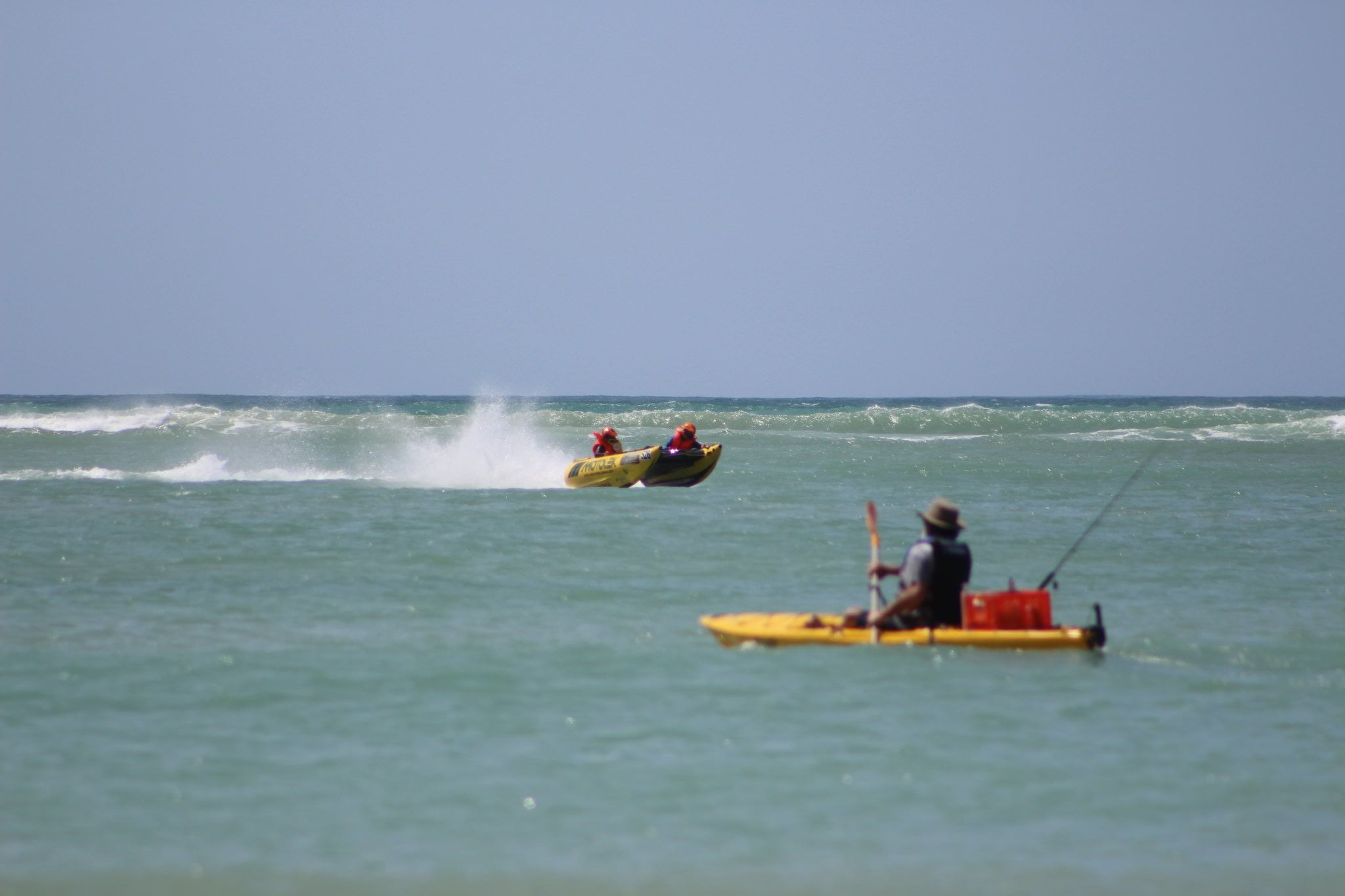 But such different paces of life.

Summer in Struisbaai allows such diversity of lifestyle (as long as it’s somehow boat-related).

Today’s QP is an image from a couple of weeks ago. 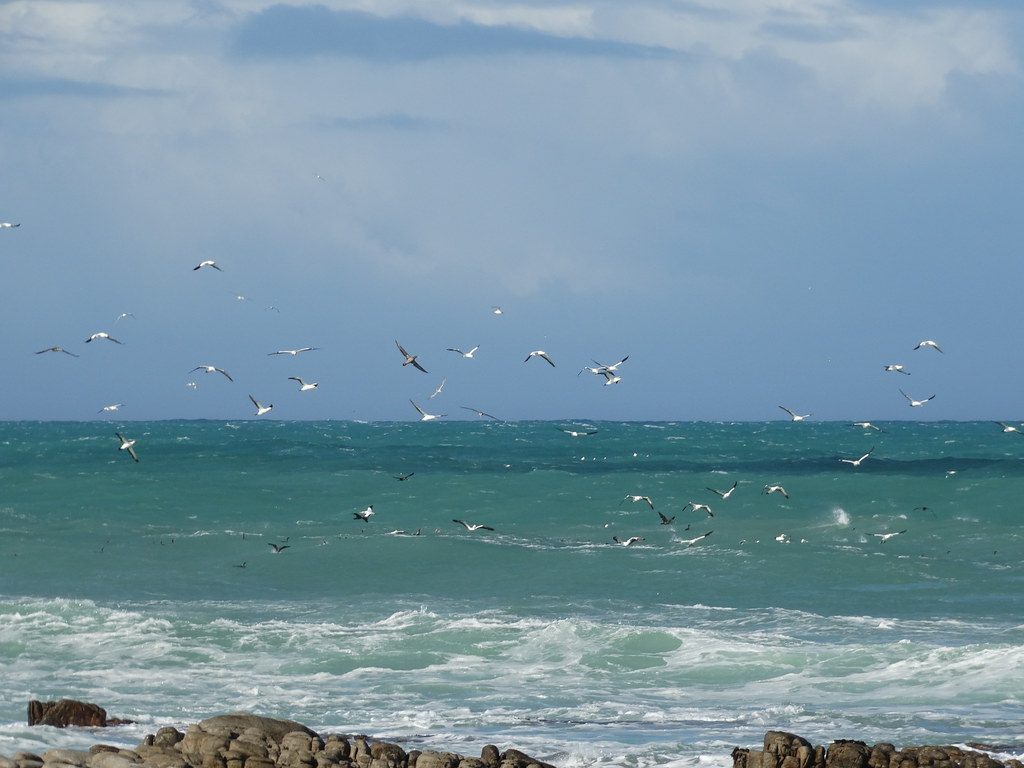 Those are Cape Gannets (Morus capensis) in a feeding frenzy over  a shoal of fish just off the Struisbaai coast. It was a case of dive, eat, lift off, dive, eat, lift off and repeat. Also in on the act (at water level) were a few Cape Comorants (Phalacrocorax capensis).

Most of the birds around here are Cape birds. You may have noticed that.