This headline would be bad enough…

But it gets SO much worse when you read the whole thing:

This really is unlucky, but it does serve “Jordan” right for living in Australia, where even the spiders are dangerous, and you shouldn’t dangle anything tempting in front of them.

Here in South Africa, we do have some nasties: snakes and scorpions and yes, some spiders spring to mind (oh, and lions), but twice-biting spiders in your PortaPotty? Less so.

I’ve uploaded a few photos of (what is, I think) a Golden Orb Spider onto Flickr. 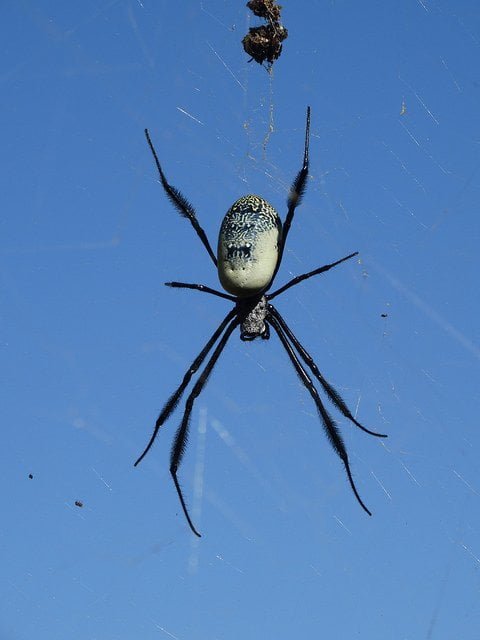 It’s built a huge web in the back garden and has captured several (or more) flies, which it is storing for later.
It also has a scary zombie-monster face on its back. Which is nice.

While all the world was watching the  swimming gala, I’d spotted this (not so) little guy hiding nearby, cheering from the sidelines: 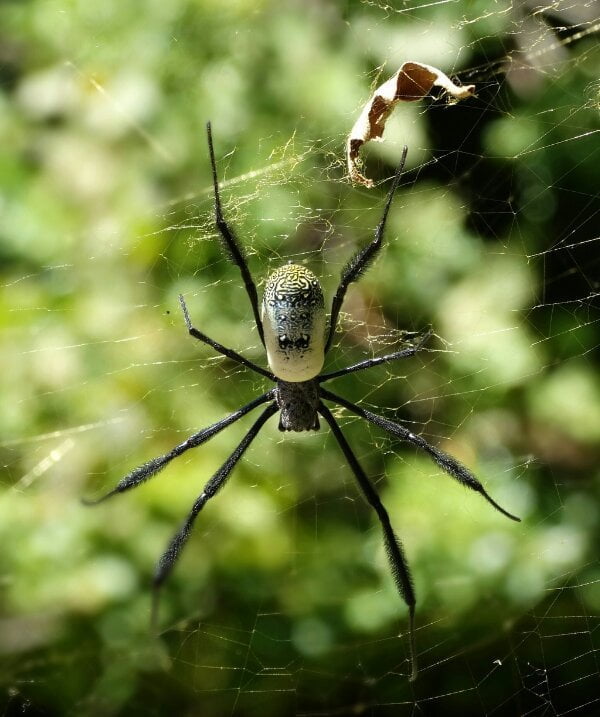 Not being an arachnidologist (and not even believing that that word even exists), I’m not sure what sort of spider it is, although I am relatively sure that it is a spider.
I’ll get the full size version up on Flickr in the near future.

You never know what might happen if you do.

Like when Brent Askwith sprayed a spider with spider killing spray until it was really, really dead.

And caused a parasitic nematode to hastily evacuate its host:

That “alien worm” is actually a parasitic nematode, also known as a roundworm. While the nematode in the YouTube video is larger than most, Harvard University entomologist Dr. Brian Farrell told The Huffington Post that every human is infested with thousands of tiny nematodes.

“Most have no obvious effect on us, and we are mostly unaware of their presence,” he wrote in an e-mail, “but a few are large enough to cause diseases such as trichinosis.”

I think it’s really cool, but that’s because I love parasites and intestinal worms and stuff. You?
No, you’re going to have nightmares about this. What has been seen cannot be unseen.

So next time you find a rain spider in your house, don’t kill it to death, because then the scary worm will come after you.

Remember, you would be sleeping soundly tonight if Brent had simply released the spider into his garden. (Or if you hadn’t read this post).

I have often wondered about this: 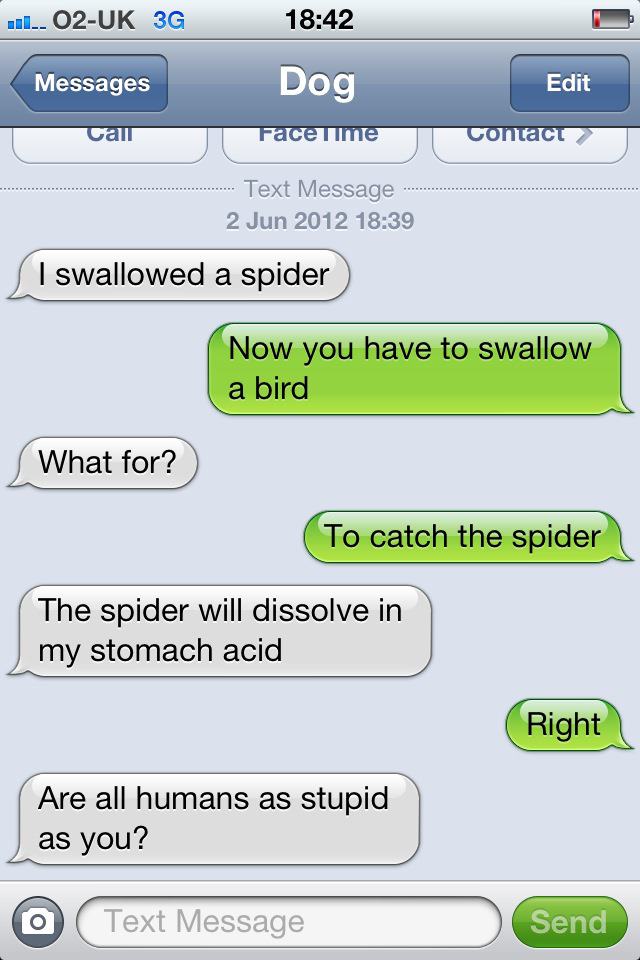 After all, to swallow a bird, would be absurd.