News from Cape Agulhas is that the new … the new… “thing” at the Southernmost Tip of Africa is nearly completed. I use the word “thing” simply because I’m not sure what other word I can use to better describe it. It’s a sculpture, yes, but it’s surely more than that as well.

The people building it are calling it The Agulhas Icon, which is all very well, but also suggests that they’re a bit unsure of what – other than iconic – it is.

For years, the Southernmost point in Africa – and the official meeting point of the Atlantic and Indian Oceans – has been marked by a small cairn unveiled by one P.W. Botha (who he?) on 23rd August 1986, and which people have climbed onto, been photographed next to, or blogged from several metres behind ever since. And that’s not going to change. It’s what is just next to the cairn which is being revamped.

The design is by Strijdom van der Merwe – and that’s great because I really like his stuff. It’s a circular area, sensibly based around a combination of a compass and the African continent.

The artistic representation of the African continent taking shape. It is important that this iconic form is visible on Google Earth as this will be the iconic destination point marker online.
Well-known geological features such as Cape Point, Table Mountain, Namib dunes, Victoria Falls,
Rift Valley, Sahara Dunes and the Nile River will be visible.

Low walls will encourage visitors to sit and stay for a while, soaking up the atmosphere, sheets of steel will dramatically emerge from the four points of the compass – with the Southerly point obviously given the greatest prominence – while lines created from the local stone will dissect and trisect and… well you get the idea… the space. A few teaser progress images were released this week, and I think it looks fantastic. 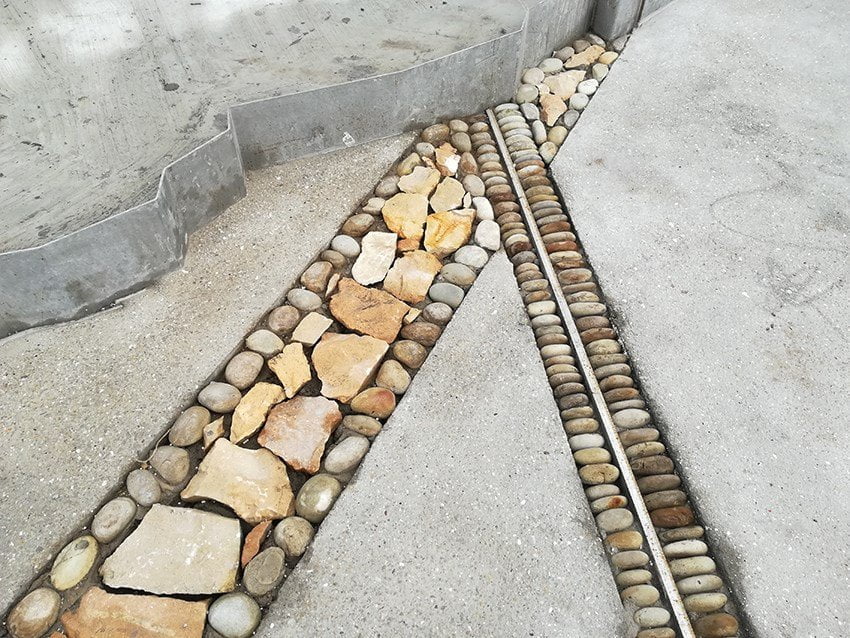 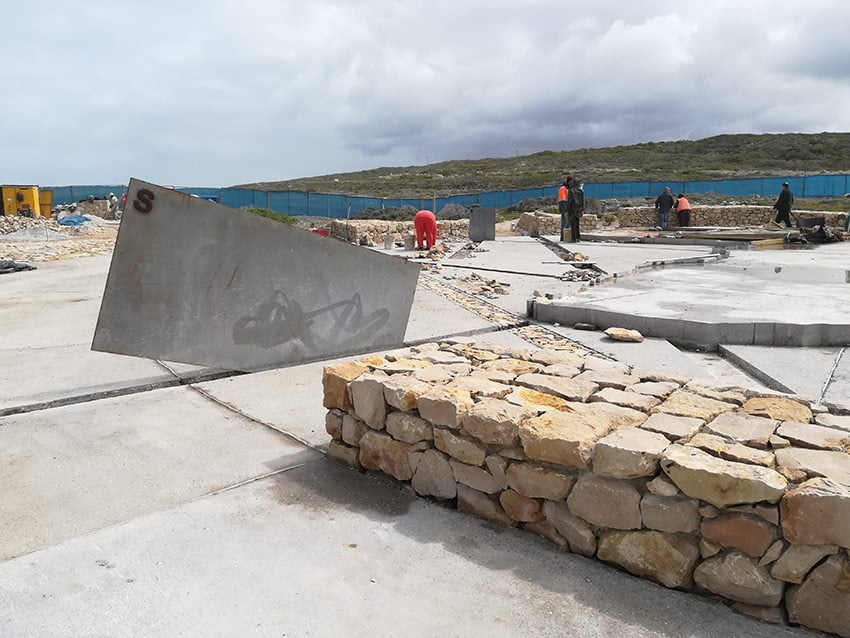 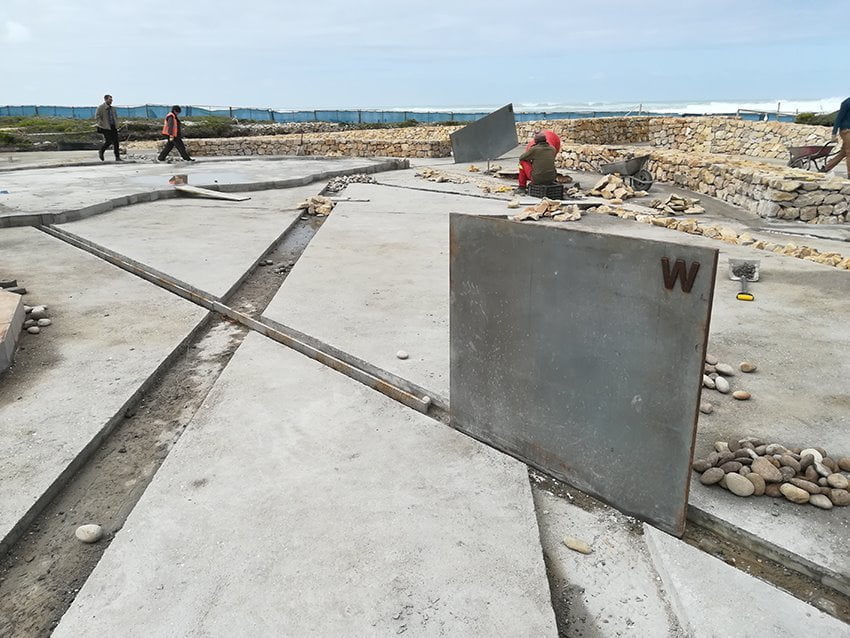 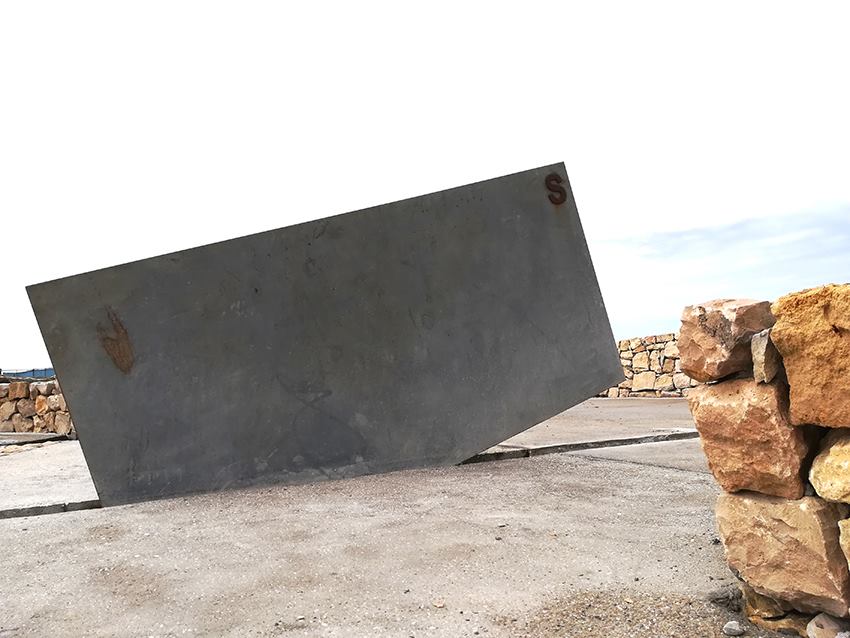