Much hilarity around the internet this morning as self-appointed God and champignon of free speech (except when it offends him) Stephen Fry shared this little gem about a North Carolina town rejecting solar power after Ms Mann, a retired science teacher nogal, told a public meeting that:

plants near solar farms do not thrive because there wasn’t enough sunshine left over for them to photosynthesise.

solar panels suck up all the energy from the sun.

And, in all honesty, you’d actually be hard pressed to disagree with that.

But these aren’t good reasons to reject solar power. No. Good reasons to reject solar power are its massive inefficiency, the fact that it only works during the day and actually takes power from the grid the rest of the time (many learned folks refer to this as “night”), and its “hidden” environmental costs: the land use and habitat loss on their installation, and the massive water use and the nasty chemicals that go into making the photovoltaic cells.

When Ms Mann also questioned the high number of cancer deaths in the area, saying “no one could tell her that solar panels didn’t cause cancer”, she was only half wrong. Chemicals like arsenic, cadmium telluride, hexafluoroethane, lead, and polyvinyl fluoride aren’t exactly the healthiest things to be using in any manufacturing process. Of course, the half wrong bit is that the solar panels don’t cause cancer where they are installed – that’s all left over in the third world country that’s producing them.

So that’s alright then, isn’t it?

Next week – the conveniently overlooked problems of wind power, including the killing of bats and birds, the 40-storey eyesores being erected all over our beautiful countryside and the fact that it is destroying the local yachting industry by using up all the breeze. 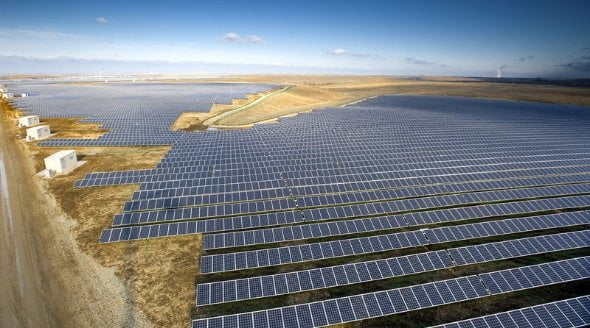 And continuing with matters electrifying…

“OMG! We’re all going to die!” So say the environMENTALists anyway, citing global warming and coal and fossils and whatnot. Thus, they are all behind the wholly barmy plan to only generate electricity through “green” means, namely wind and solar. And while I have no issue with the renewable energy thing per se, their instance that it should be at the exclusion of everything else is short sighted and, frankly, stupid.
Also, it irritates the hell out of me (and there’s a lot in there) that I have to listen to their constant whining on the internet, which (here at least) is fuelled by dirty black stuff from Mpumalanga.

And anyway, as 40 birdwatchers found out this week,  renewable methods aren’t that green anyway, as they watched, dismayed, as an extremely rare white-throated needletail, sighted only 8 times in the last 170 years get killed by the fast rotating blades of a wind turbine in Scotland.

Dead. Not resting. Not pining for the fjords.
Dead. No more. Shuffled off this mortal coil. Gone to join the choir invisible.

About 30 birdwatchers travelled to the island to see the unusual visitor, which has only been recorded five times in the UK since 1950. However, they then saw it die after colliding with the wind turbine.

Horrible. What a way to eliminate a species. And while the authorities say that they place wind turbines thoughtfully and carefully to prevent this sort of incident, it didn’t prevent this one, now did it?

However, while I blame the wind turbine, it does seem that Mr Campbell has a bit of a history around rare birds:

He added that on a previous bird watching trip he had seen a migratory wryneck hit by a train.

And I think we can probably work out who emerged from that little encounter more unscathed, can’t we?

But, Mr Campbell aside, there’s a serious message for South Africa here, especially since Eskom has just got the go ahead to build a monster 46-turbine wind farm  just down the road from the beautiful Namaqua National Park. I suspect that you, dear reader, can do the mathematics here.

The wind farm is to be called “Sere”:

…the Nama word for “cool breeze”

Does anyone know the Nama word for “widespread and horrific massacre of migratory birds”?
Just asking.

And then there’s the solar thing. Because the bunnyhuggers insist that wind is safe (which it’s obviously not if you’re a rare bird or if you don’t like explosions) and they also insist that solar is safe too. Why on (what’s left of the) earth would you believe them?

What if the last of our already endangered rhinos stumbles into its local solar array? I don’t think that it take a huge amount of imagination to see that it would almost certainly be cooked instantly. And while it would probably make a very tasty snack, it would be gone. Dead. No more. Shuffled off th… look, you get what I’m saying.

“Oh. That will never happen!” say the greenies.

Just like the white throated needletail “will never” fly into a wind turbine.

It’s plainly obvious from the white-throated-needletail-sliced-to-death-in-a-wind-turbine incident and the hypothetical rhino-scorched -by-concentrated-sunlight issue that we need to shelve these sort of dangerous projects until independent research has shown exactly how much of a hazard they are to our endangered species.

UPDATE: Does anyone have any data on wave power killing dolphins?