Those photos mentioned above are here. And (much like Brian, as it turns out) I was immediately drawn to this one:

That’s near professional composition right there. The guy with the phone has spotted something in the London dusk, but then Brian has added the extra elements of photographer and phone screen and made it very special.

Great shot. The only thing missing is an interesting hat.

This is from late last month on the now infamous (for 6000 miles… readers, at least) BrianMicklethwaitDotCom blog, and I also shared it on twitter, but I really do like it and since we’re due in London shortly, I think it needs a mention on here as well. 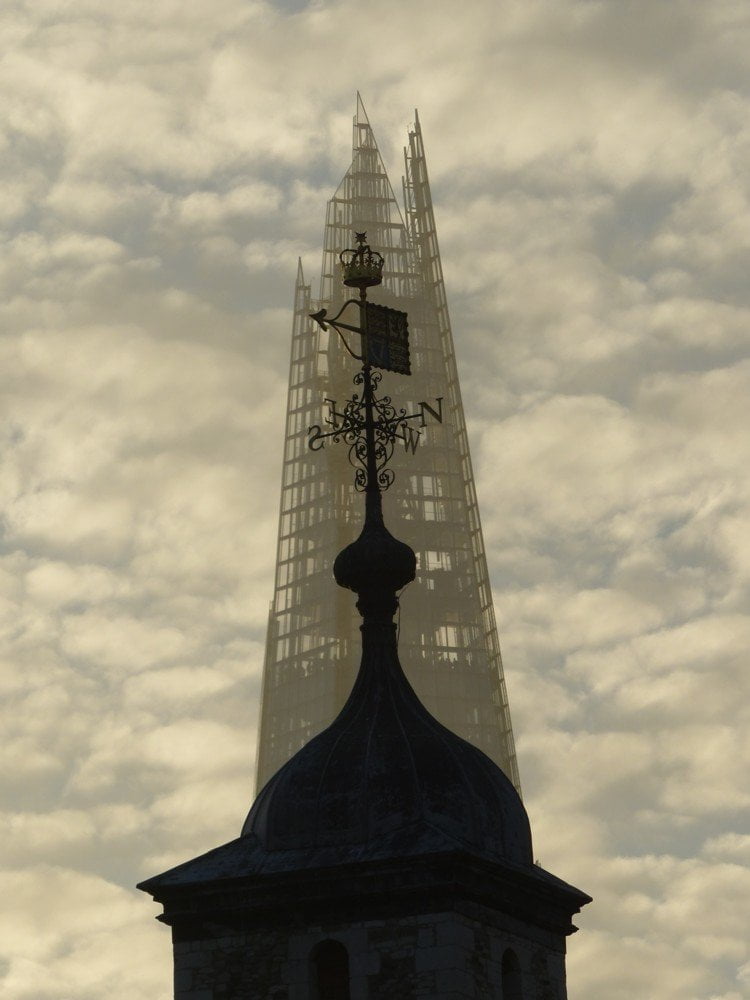 That’s one of the Towers of the Tower of London in the foreground. As Brian’s post explains:

It is not clear exactly when work started on the Conqueror’s White Tower or precisely when it was finished but the first phase of building work was certainly underway in the 1070s.
Nothing quite like it had ever been seen in England before. The building was immense, at 36m x 32.5m (118 x 106ft) across, and on the south side where the ground is lowest, 27.5m (90ft) tall. The Tower dominated the skyline for miles around.

And of course the Shard in the background (at 308m (1010ft) in height), also dominating the skyline for miles around. But that’s where the similarities end. It’s actually a photo full of contrasts: old opposed with new, short with tall, dark against light, solidity versus crystalline translucence. I love it.

And for all our technological progress, I have to ask – will the Shard still be there in 940 years?
I doubt it.