And so, the GREAT STORM OF JUNE 2017© has passed over Cape Town. Schools were damaged, trees were toppled, roads were flooded, homes were lost, people were killed. Anyone lamenting the decision to close the schools here yesterday should maybe have taken a quick drive around and seen the devastation.

On a lighter (no pun intended) note, there were also myriad photo opportunities, including some (or more) of spume – the technical name for that foam that covered everything in Sea Point and everywhere else. 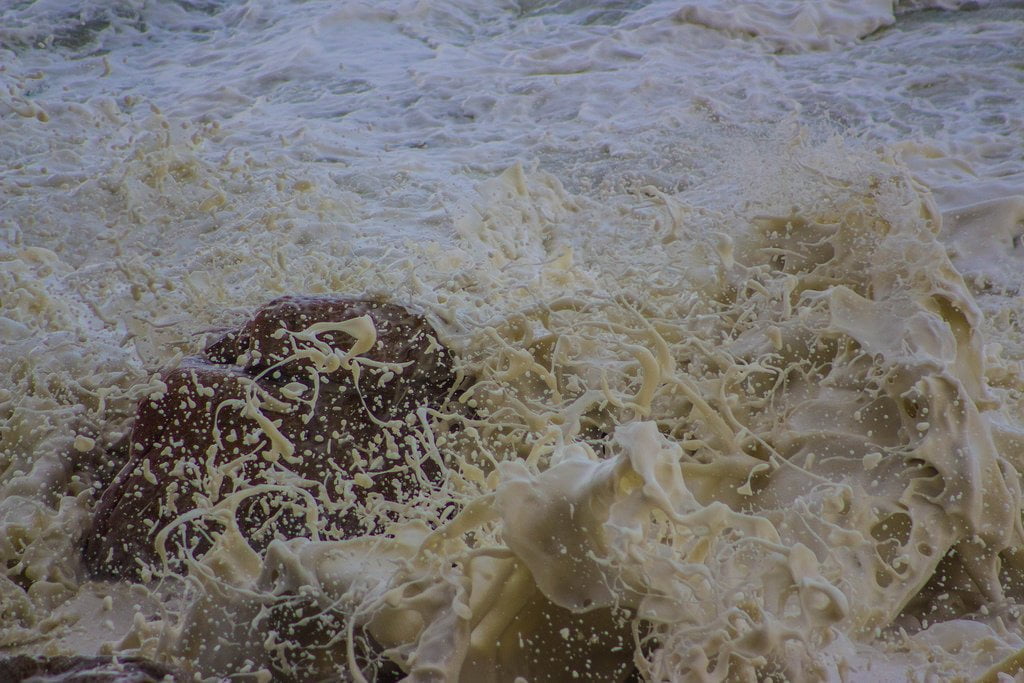 But what is this stuff? Why is it there? Can I make my own sea foam? Is it dangerous? Can you eat it?
Never fear. We’re here to answer your questions.

It’s called spume, as I mentioned above. From the Latin spuma – “to froth or foam”.
And it’s there because chemicals within the seawater – usually naturally occurring chemicals such as salts, proteins, lipids and dead algae – act as surfactants. (Just like chemicals that you’ll find in your shampoo and shower gel.) Surfactants are chemicals which lower the surface tension of water, allowing for easy formation of tiny bubbles, especially when that water is agitated. And repeatedly flinging millions of tonnes of seawater from heights of around 10 metres directly onto rocks can certainly be considered agitation. And thus, billions of tiny bubbles are created with every wave hitting the shore.
When they adhere to one another, these tiny bubbles form spume, which is then thrown around by the waves and blown around by the wind until all our local roads are covered.

If you want to see this phenomenon from the warm comfort of your home, you can make your own sea foam in a jam jar. Fill it about 90% full of water (it’s ok, there’s loads to go around after this week), put the lid on and give it a good agitate (shake it). You make bubbles by the forcing air into the water, but then they quickly disappear as the surface tension kicks in and tells the water how it should be behaving.
Now add a teeny tiny drop of dishwashing liquid (full of surfactants) and maybe a drop of egg white (protein) or some of your wife’s Huge Muscle™ Supplement, and maybe a tiny blob of margarine (lipids). You don’t need much of any of these extra ingredients. Pop the lid back on (always a good idea) and give it another shake. This time, the bubbles stay put when you stop shaking. Bingo – sea foam.

Is spume safe? Yes, generally. But there are exceptions.
Those surfactants can also come from non-natural sources: sewage outlets, oil slicks, pollution and other places, like red tide algal blooms. A good sign of this is the presence of foam even when there is little agitation, or foam which is brown, black, red or thick (like a chocolate mousse). These foams are best avoided.

Just a few hours into the City of Cape Town’s bold new plan to allow “active mobility” on the Sea Point Promenade (see here), a Maltese Poodle has become the first victim of an errant cyclist on the Prom. 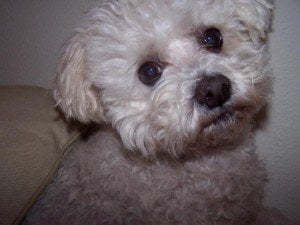 The canine in question, named Hezekiah or “Hezzie” for short, belonged to long-time Sea Point resident Olive Sonnenberg and was hit by a bike during their normal morning walk at about 6:30 this morning, on the first day that restrictions on bicycles, skateboards and roller blades being used on the popular Promenade were lifted and only hours after hundreds of cyclists again defied local bylaws on the monthly Moonlight Mass bicycle ride.

“Hezzie was my only companion since my dear husband Elias died a few years ago. We walked here every morning, come rain or shine. He knew to watch out for bicycles, because we had to cross the road from the apartments to get onto the Promenade and they always ignore the red light on the pedestrian crossing. But the Prom was his territory, it was his place of safety. He was happily chasing a seagull when the mountain bike hit him. There was a horrible yelp and then just silence.”

The cyclist failed to stop after the incident, but two skateboarders did stop, though apparently only to take photographs on their cellphones.

“We are searching Facebook for potential witnesses. But we want to appeal to anyone who saw this incident to please come forward.
At the same time, we wish to assure Sea Point residents, joggers and dog walkers using the Prom that we have no evidence yet that any sort of scoring system has been instituted by cyclists and the like regarding “hits” while using active mobility options on the Promenade during October.
We are, however, concerned at reports that the cyclist involved in this incident was allegedly heard to shout something about ‘500 points’ as he left the scene.”

Local residents were unsurprised that there had already been a casualty under the new scheme, describing it as “a disaster waiting to happen”. Residents Association chairperson, Maurice Spitz:

“We are predicting at least one injury a week. It’s just like that pigeon that was killed in the rowing machine when they opened that outdoor gym at Three Anchor Bay.
The death of Olive’s dog so early in this idiotic project just shows what carnage and bloodshed will ensue on our Promenade during October.”

Oh dear. A final appeal to be allowed to finally appeal is turned down:

A private company, which built the R2 million Gianluca Vialli Soccer Centre at Sea Point High School, has lost an application for leave to appeal a Western Cape High Court judgment ordering it to cease operating the facility.

This means the centre has to stop operating by Monday.

Emilel Investments 19 completed the construction of the centre last June.
With the blessing of the school principal, Emilel forked out the funds to turn the school’s unused, dilapidated tennis courts into two new five-a-side, Fifa-approved astroturf football pitches and a modern clubhouse.
The biggest earner was a friendly corporate league in which companies’ five-a-side teams competed. A weekend market operated by businessman David van Rensburg was also introduced.

However, residents around the school lodged an application to stop the operation of the facility, saying it contravened the city’s zoning regulations and constituted a common law nuisance because of the timing of activities, loud noise and parking problems.

In September, Judge André le Grange found the city’s consent for the facility was necessary. He gave Emilel and Van Rensburg until 6pm on December 12 to stop operating and to consider their options.
On Tuesday, Emilel applied for leave to appeal the ruling.

It’s sad, because this was a great, well-maintained facility on a patch of land which was previously completely derelict. But I do have some sympathy with the local residents as well: 5-a-side football isn’t exactly the quietest of sports – we tend to bring some passion and some volume each Tuesday and Thursday evening.
Fortunately, this year’s “biggest earner” (this a laughable statement, by the way) leagues had already finished.

Anyway, it looks like we’re going to have to take our balls and play with them elsewhere.