My eight year old daughter took part in her first Eisteddfod this morning. She stood up in front of 50 or more strangers in a hall with terrible acoustics and which was surrounded by a million or more noisy seagulls and delivered a flawless performance of Maybe from Annie.

Flawless, at least I thought, to my musical (but naturally biased) ears. But then the very experienced and very honest adjudicator stood up and told us (in so many words) that actually, she shared my opinion.

The result? A Gold Diploma for a score of 90% or above, and some very positive and encouraging comments from the lady in charge.

I’m not intending to show off, but I think that every so often we parents should be allowed to crow about our kids’ achievements.
And this is one of those times.

Parents donated fillings and bread and the high school students at the kids’ school made sandwiches for the firefighters today. The packaged sandwiches were then labeled with ‘Thank You’ stickers made by the younger children. 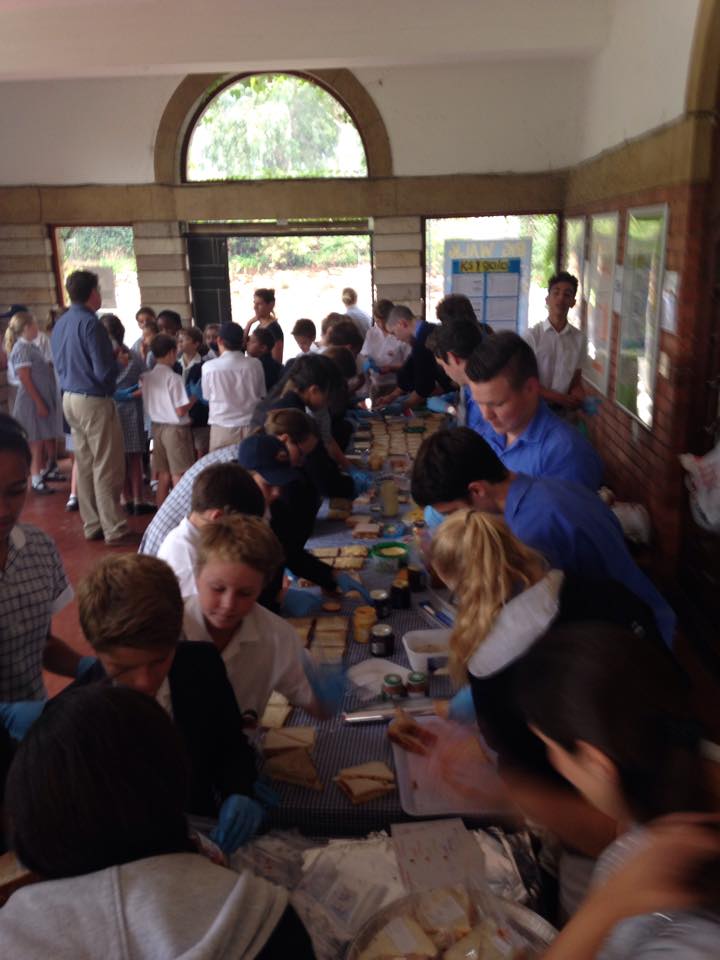 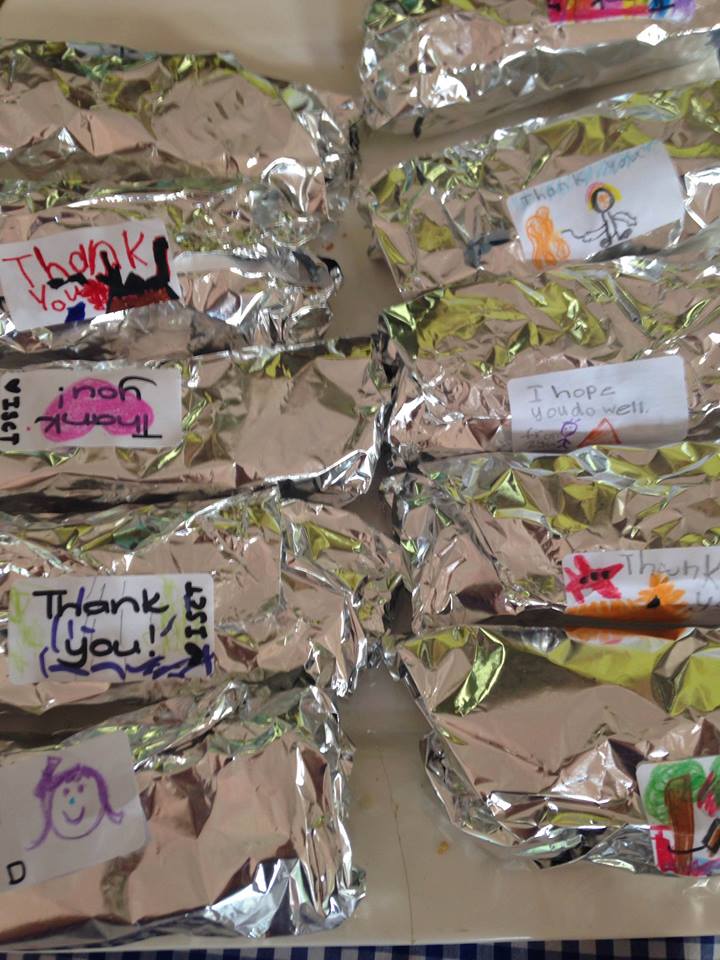 Wow. What an intense 90 minutes of football yesterday. How good was that match compared with the dull sterility of Saturday’s semi-final? It must have been brilliant for the neutrals. Sadly, I’m not a neutral in this particular case and it was a sad end to our amazing FA Cup run, but what a way to go out. As the Nike adverts surrounding the field repeatedly proclaimed:

If you go down in flames, at least you were on fire.

And yes, we were. Aside from fifteen crazy minutes just after half time, including that one Ricky Villaesque run from Tom Huddlestone [“Tackle him! TACKLE HIM!!!”], we matched Premiership Hull City blow for blow and the team made us all very proud. Gone was the Wembley “stage fright” from previous visits, as we went all out for it from the first minute. From the Yorkshire Post:

Yesterday, dreams of becoming the first team from the third tier of English football to reach the FA Cup final died amid Hull’s superior football. But in a first half where United assumed control and then a late rally that briefly brought hope of forcing extra time, Clough’s men did their superb travelling army of fans justice.
No wonder that the hordes from Sheffield afforded their players a standing ovation at the final whistle. It was thoroughly deserved, and not just for yesterday’s efforts with the manner in which Clough has transformed the Blades being nothing short of remarkable.

The future is looking bright.

I went through every kind of emotion over the 90 minutes and together with the heat (and possibly a couple of rather strong homebrewed wheat beers), it left me completely exhausted. I’m not quite sure what state the Blades players were in, but if the Sheffield Star is to be believed, they had some… er… “male issues” at the final whistle.

Hmm. “Prostate on the turf”? Some problems with their R’s there.

Thankfully, all I had to do was wander upstairs to my (stupidly hot) bedroom. Many of the United fans had a long trip back up from London, arriving back in Sheffield well after midnight.

All in all, an amazing effort and a magical cup run, which started away against Colchester United early last November.

We’ll just have to win it next year instead…